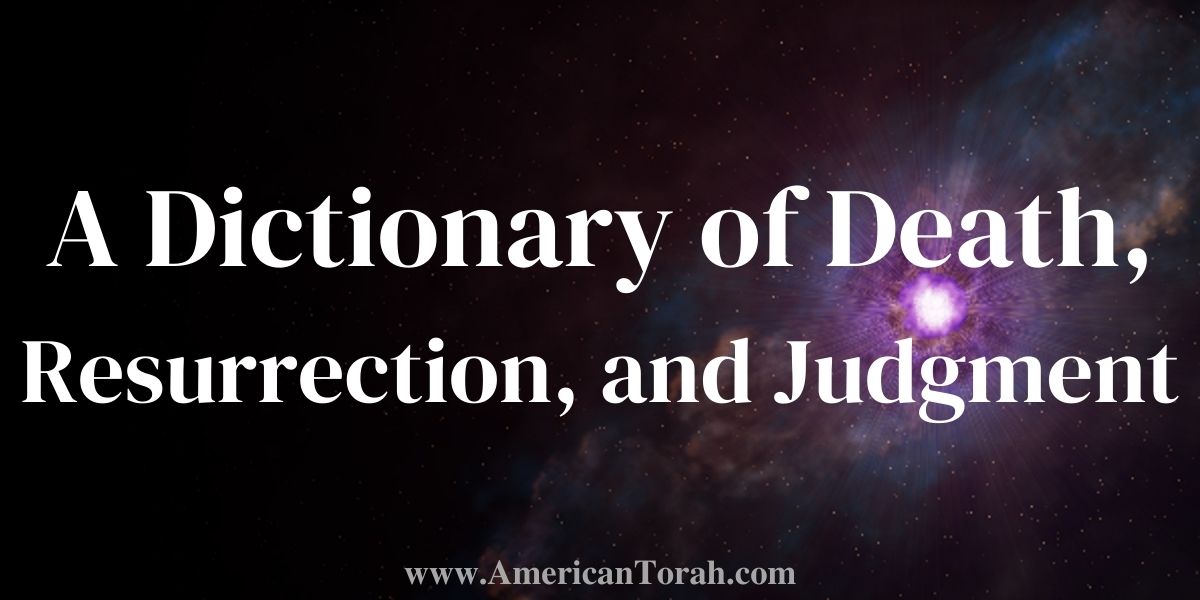 I created this short glossary as an aid in studying the topics of death and the afterlife in Scripture. Although it is based on extensive reading in the Bible, I am not a scholar of biblical languages or ancient cultures, so it is almost certainly erroneous in some respects. I will make changes as I learn more.

Please feel free to offer your own thoughts in the comments, with the understanding that I am looking for truth, not mere mythology. I’m sure that the beliefs of the Norse and the Navajo concerning what happens when we die are fascinating, but they are irrelevant to this glossary unless they can help us to understand what the Hebrew prophets knew about these things.