Or at least that’s what many churches teach. They quote Paul’s sermon on Mars Hill in which he said, “And the times of this ignorance God winked at; but now commands all men every where to repent.” (Acts 17:30) Then they quote Yeshua’s statements along the lines of “You have heard it said thus, but I tell you differently.” And they conclude that God’s Law no longer applies and at least partly consisted of God winking at sin all along. The Law was incomplete and Jesus fixed it. Or worse, that God played Keep-Away with eternal salvation by setting the Jews up with an impossible standard even while he told them that it wasn’t that hard. 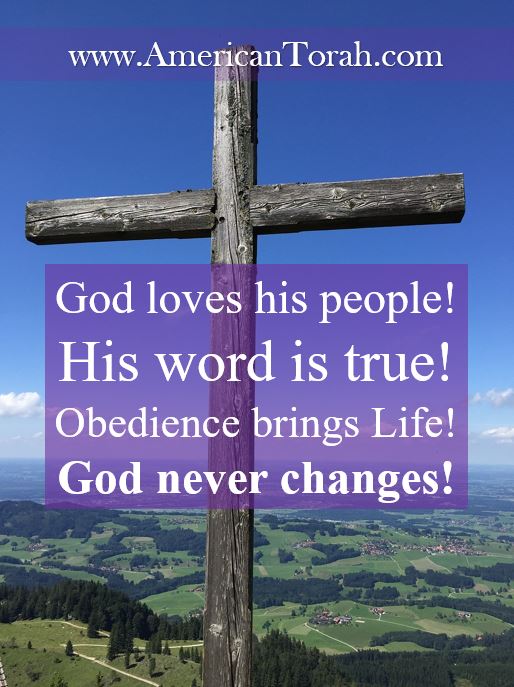 Those people don’t know what they’re talking about. That’s not hyperbole. They literally don’t understand what they’re saying. I have to wonder if those theologians have ever actually read their proof texts. Neither Yeshua nor Paul was addressing the Law of God in those passages. Yeshua was correcting traditions of men, which misrepresented the Law, and Paul was speaking of total ignorance of the Law, which, for the sake of your faith in him, God overlooks until you are able to learn it.

The idea that God deliberately hobbled his Law by “winking” at certain sins or hobbled his people by making them dependent on an impossible standard for their salvation means that God hates the very people whom he claims to love.

You shall not hate your brother in your heart. You shall always rebuke your neighbor, and not allow sin on him. (Leviticus 19:17)

If God compromised his Law in deference to the prevailing culture (you know, that Egyptian culture of idolatry and incestuous marriage), then, by his own standards, he hated Israel even while he proclaimed his love. If the church is right, that God established sin in his Law or lied about his real expectations, then God is a liar and a hater of mankind.

Which, of course, means that Yeshua was also a liar and evil. His execution was deserved, and we have no hope of salvation.

The entire history of God’s interaction with man has been a long, cruel joke. The manna was poisoned, and the Passover lamb was infested with parasites.

But I don’t believe any of that!

I believe that David knew of what he spoke when he said that “The Law of YHWH is perfect, converting the soul; the testimony of YHWH is sure, making the simple wise. The Precepts of YHWH are right, rejoicing the heart; the Commandments of YHWH are pure, giving light to the eyes.” (Psalm 19:7-8) I believe that when Yeshua said, “If you love me, keep my commandments,” he meant all of his commandments, and not only the ones that he had to tell us twice.

Because God is love, and a loving Father doesn’t give his son a stone when he asks for bread. (Matthew 7:9)

One Reply to “God Hates His People”