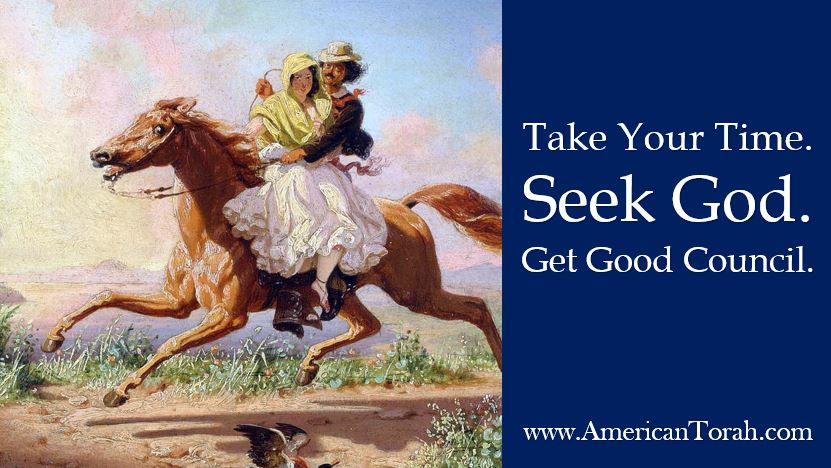 Torah doesn’t record names merely for the sake of entertainment. This man was the son of a woman who was known as Peaceful, the daughter of a man who was probably known for his integrity (My Word), but she made the mistake of marrying an Egyptian man, metaphorically a man of the world and not a man of God. The precise bent of the Egyptian’s character isn’t as important as the fact that he did not fear God, and so never taught his son to fear God either. No doubt Shelomith was a good influence on her son, but her husband had a powerful influence as well, and her son grew into a violent, blasphemous man.

Most of us have known a family like this one, in which one or the other parent was a believer, while the other was a drunk or a criminal or simply a man who didn’t care. It rarely turns out well.

Having one bad parent–or even two!–doesn’t automatically make for bad offspring. I’m sure most of us know of cases in which the child of an abusive parent matured into a loving and kind adult. But we’d be kidding ourselves if we thought bad parenting doesn’t have bad effects.

Having good parents and a healthy home life as a child is a lot like eating a healthy diet. It doesn’t guarantee that you’ll never get sick, but, all else being equal, you’ll be better off eating right than not.

Be careful whom you choose as a mate. For the vast majority of people, there’s no single person we’re meant to be with. It’s more a matter of the kind of person than the specific person. Don’t rely on chemistry or feelings, and definitely don’t rely on your own judgment. Take some time. Seek God. Get good council.

Remember that it isn’t just your own happiness and personal fulfillment at stake, but potentially the very souls of your children.