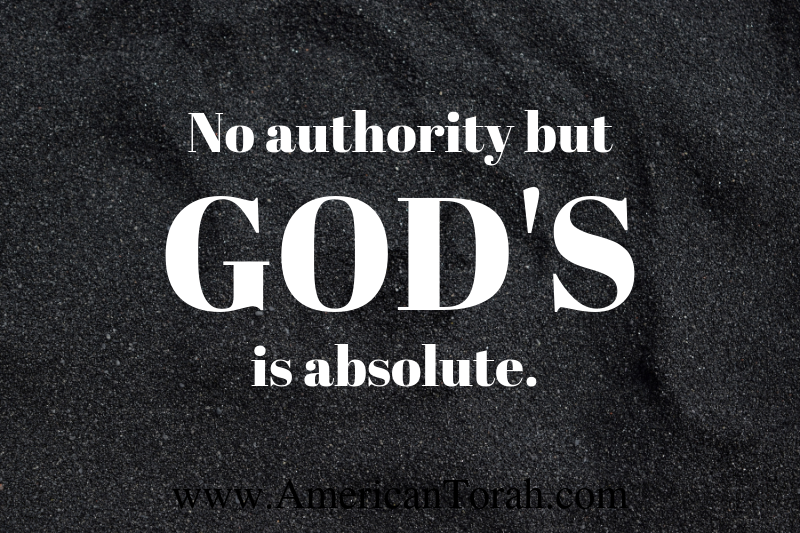 There is not a single extraneous character recorded in the Torah (Matthew 5:18). Every word is written for a purpose, and there is nothing wasted. This is one reason why the names of wives are rarely mentioned: not because women were considered unimportant, but because their names were not significant to the point being made. So when the names of Lamech’s wives are given without further information about them in Genesis 5:19, we should immediately ask why.

As a descendant of Cain and a probable murderer, Lamech is often used to argue that God does not approve of polygamy. “See? The first recorded polygamist was also a murderer and of the line of Cain. It must be wrong!” This kind of reasoning is based on the Law of First Mention, which is a theological land mine all on its own (see here), but apart from that, they are ignoring some important details in the story.

Lamech’s wives names can be translated roughly as “ornament” and “shadow.” Ornamentation is a symbol of wealth and shadow is often used in scripture to symbolize a powerful patronage. Could Lamech’s wives symbolize wealth and power as mulitple wives often do? Perhaps one father-in-law brought him great wealth, and the other was a king or warlord. Lamech’s declaration that he would be avenged seventy-seven times was a declaration of independence from God and immunity to the vengeance of men. He believed his access to wealth and power provided him with greater protection than God.

Paul wrote, “Husbands, love your wives, even as Christ also loved the church and gave Himself for it, that He might sanctify and cleanse it with the washing of water by the Word, that He might present it to Himself as the glorious church, without spot or wrinkle or any such things, but that it should be holy and without blemish.”

Although the answer can be found in Paul’s writings, we have something better. In Revelation 2 and 3 Yeshua told us exactly what he would do in such a case:

Therefore remember from where you have fallen, and repent, and do the first works, or else I will come to you quickly and will remove your lampstand out of its place unless you repent….

Repent! But if not I will come to you quickly, and will fight with them by the sword of My mouth….

But I have a few things against you because you allow that woman Jezebel to teach, she saying herself to be a prophetess, and to cause My servants to go astray, and to commit fornication, and to eat idol-sacrifices. And I gave her time that she might repent of her fornication, and she did not repent. Behold, I am throwing her into a bed, and those who commit adultery* with her into great affliction, unless they repent of their deeds….I will give to every one of you according to your works….

That doesn’t sound like the eternal, all-enduring love I’ve always heard preached in our churches. God is patient and forgiving, but only to a point, and only with those who are truly repentant.

*Adultery? Then the woman is married, but to whom? I say she was married to Yeshua. In Biblical usage, adultery can only be committed between a married woman and a man who is not her husband. Those who commit adultery “with” her are not the male perpetrator, but co-adulteresses with Jezebel. Yeshua would not be so harsh with her if he was not claiming the place of her husband. Therefore, this Jezebel was an accepted member of his corporate bride, and Yeshua is threatening to divorce her with all her co-conspirators.

Excerpted and adapted from on-line discussions in February and March, 2005. My apologies if it’s a little hard to follow. You’re only getting one side of several conversations.

I coasted through the first ten years of my marriage, pretty much just trying to be my wife’s boyfriend, but God says that I am responsible for the spiritual well-being of my house, and that he will hold me accountable for them. So about five years ago I decided that I was through being a boyfriend, and it was time to become a husband. Things are frequently difficult, uncomfortable, or downright heated–the price I pay for developing habits based on the standards of our hedonistic culture. Now my family is no longer stagnant and spiritually dead. I am learning to lead instead of to drift with the emotional current of the day. My son is growing up in a scripture-based home instead of a feelings-based home..

A leader does what is necessary. He takes action and accepts responsibility. He promotes the well-being of his charges. A follower follows the leader’s lead. In the context of marriage, a wife subjects her own will to her husband’s. She supports his calling–whatever that may be–working to encourage and strengthen him. She may have a separate calling of her own, but that is subordinate to her role as wife and mother….

A leader doesn’t wait around for everyone else to line up behind him before taking action. He just starts moving. His moral justification doesn’t come from behind, but from ahead, because he is also a follower of Christ. God’s created order is for men to be the leaders of their families. If they are not following that order, then they are not following Christ’s example, because he was obedient to the Father above all else….

Shouldn’t all government be after the pattern of Christ and the church? Shouldn’t all kings rule as servant leaders? What is the difference between David ruling over Israel and a father/husband ruling over his family? A king rules in order to serve his people, but he never relinquishes his authority as king. Without that authority and all of the power that comes with it he could not serve his people effectively as a servant leader. Although Yeshua does not usually force us (my apologies to Calvin) to do his will–at least not in the present–but he demands our obedience none-the-less. There are more parallels:

… Never does Yeshua submit himself to the Church. Never. He is a servant to the Church (and all of mankind) as its ruler, provider, and kinsman-redeemer. He grants the petitions of believers only at his own discretion.

It was never my goal to get my wife to submit to my leadership. It was always my goal to become a better leader. It just took me a little while to learn that you can’t force people to act as if you already are a good leader. It is the husband’s job to lead and the wife’s job to follow. If the husband is leading, then it’s not his responsibility if the wife refuses to follow. If the wife is following, then it’s not her responsibility if the husband refuses to lead. They each need to do their part regardless of what the other does.

I told my wife that I’m not drifting anymore. This is where I am going, and if you want to be a part of my family, you’ll have to go with me. Of course, there are many things on which my wife and I have come to disagree, but I don’t think that level of detail is necessary here. We discussed our respective roles before we married and were in basic agreement at that time. Our current differences are the result of allowing my family to drift instead of taking an active role at the helm from the very beginning. My values have changed, and my wife’s values have changed. Unfortunately, they have drifted in opposite directions…

I quit accepting my wife’s feelings and opinions as equally authoritative as my own. Not because my opinions are any better than hers, but because I have to make the final decisions. I will consult my wife and I will value her feelings and opinions, but God put authority over the wife onto the husband, and not the other way around. He created us. He knows how we will best live. I decided that I will set the tone and direction of our activities and the moral standards of my house. I quit being afraid of making a wrong decision when I realized that making no decision was even worse. I do not like the prospect of facing God having made wrong decisions for my family, but I am terrified of facing him after having given up my family to whimsy and deception. I will not be the worthless servant who buried his master’s gold in the ground.

You can’t change your spouse; you can only change yourself. As I wrote earlier, my job is to love and to lead my family, and my wife’s job is to support me. I can’t force her to do that, and I wouldn’t even want her “support” if it had to be forced…. Whatever the outcome, I know that through the exercise of love, patience, and faith, I will be a better man on the other side.