Esau had a number of character flaws, the most obvious of which was an inability to master his base urges. This is illustrated in Genesis’ characterization of him as a hunter, as opposed to his father, Isaac, who was a farmer, and his brother, Jacob, who was a herdsman. There’s nothing wrong with being a hunter, but it is emphasized in the narrative because it is an activity through which an impetuous, yet skilled, man can easily earn a living, at least for a time. If he wants meat, he can go out and get it. A herdsman, on the other hand, tends his animals today for next year’s meat. He plans many more moves in advance than does a hunter. A wise hunter also plans in advance to learn effective techniques and to ensure conditions favorable to game, but such wisdom isn’t absolutely necessary to be a successful hunter, while, without planning and preparation, a herdsman must shortly seek a new career.

However, this Torah reading (Genesis 25:19-28:9, called Toldot) reveals another of Esau’s flaws, one that isn’t discussed quite as much. 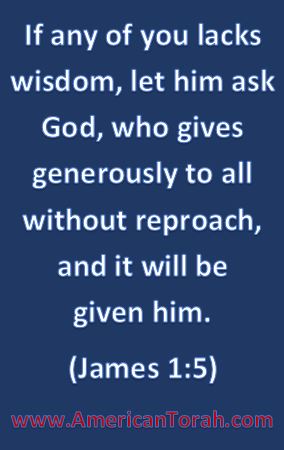 He was a lot like Cain in this respect. When Abel’s offering was accepted and Cain’s wasn’t, Cain’s response wasn’t to ask for help, but to attack Abel. Esau was especially bad at this when it came to women.

The custom in those days–and it was a very good custom–was for parents to find a spouse for their child, or at the very least to be heavily involved in the vetting process. Esau, however, being a man of the “now” didn’t wait to ask his parents’ advice. He married not one, but two, Hittite women who “made life bitter for Isaac and Rebekah.” (Genesis 26:34)

Perhaps Esau misinterpreted the friendly commercial dealings between his family and the Hittites or perhaps he just fell prey to his impulsive nature. We aren’t told precisely why he chose these women. We are only told that his decision was deeply offensive to his parents.

About thirty-six years later, Jacob and Rebekah conspired to get Esau’s blessing from Isaac and seized on Jacob’s need for a wife as an excuse to send him away from Esau’s murderous rage. Rebekah told Isaac, “I loathe my life because of the Hittite women. If Jacob marries one of the Hittite women like these, one of the women of the land, what good will my life be to me?” (Genesis 27:46)

Esau learned of this and, in an attempt to regain his parents’ favor, decided to get another wife, this time from the family of Abraham. Unfortunately, he went to the wrong side of the family. Instead of going to Abraham’s nephew, Bethuel, for a wife, he went to Abraham’s half-Egyptian son, Ishmael.

Now Esau saw that Isaac had blessed Jacob and sent him away to Paddan-aram to take a wife from there, and that as he blessed him he directed him, “You must not take a wife from the Canaanite women,” and that Jacob had obeyed his father and his mother and gone to Paddan-aram. So when Esau saw that the Canaanite women did not please Isaac his father, Esau went to Ishmael and took as his wife, besides the wives he had, Mahalath the daughter of Ishmael, Abraham’s son, the sister of Nebaioth.
(Genesis 28:6-9)

Instead of asking Isaac and Rebekah directly, he again tried to reason out for himself what he should do. Instead of resolving the problem, he merely added to it. He could have saved everyone trouble by asking for help in finding a good woman from the beginning. When his parents’ displeasure became obvious, again he could have saved even more trouble by asking for help. Unfortunately, Esau just wasn’t the type to ask for directions. With no map and only a hint at the proper bearing, he thought he could plot out the correct route for himself, and he failed at every turn.

I’ve been where he was. I thought I was smart enough to plot my own course. Marriage, parenthood, career… Billions of people manage these things. Surely I could figure them out too. What I failed to see is that nobody does it successfully without the active support of family and community and the advise of others who did it first. I didn’t have those things–didn’t know that I needed them–and I foundered.

The Scriptures are full of admonitions to listen to counsel.

The way of a fool is right in his own eyes, but a wise man listens to advice.
(Proverbs 12:15)

Better was a poor and wise youth than an old and foolish king who no longer knew how to take advice.
(Ecclesiastes 4:13)

But these verses leave out one important lesson that we should take away from Esau’s example: You can’t follow advice that you never received.

Esau didn’t do what his parents wanted, but it appears that he wanted to. For whatever reason, Isaac and Rebekah failed to teach Esau in a way that he understood, and he failed to ask. He was an intelligent and capable man who could learn the habits of wild game through observation and reason. Applying those skills to his relationships, he saw what his family did and heard what they said, but he drew the wrong conclusions because there were factors that he couldn’t see.

The world is full of wisdom. Some comes only by experience and some by listening, but there is wisdom that only comes by asking.

If any of you lacks wisdom, let him ask God, who gives generously to all without reproach, and it will be given him.
(James 1:5)

If you find that your plans continue to end poorly no matter how hard you try to do the right thing, it’s time to ask for help. Ask your parents, brother, pastor, or rabbi. Ask God. If you ask honestly, very few will deny you, so ask them all. “Without counsel plans fail, but with many advisers they succeed.” (Proverbs 15:22) Nobody can figure everything out alone.

Wisdom is all around you, available for the asking, and you can’t follow advice that nobody gives you.