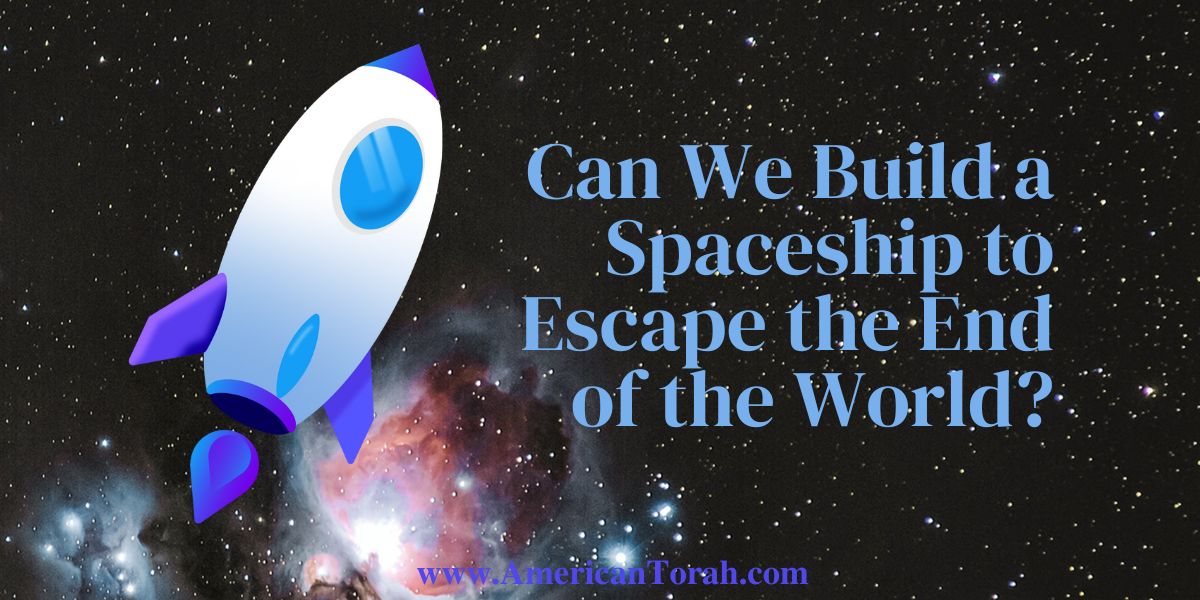 I don’t mean the Battle of Armageddon as described in the Bible, but the popular conception of the End of the World™ brought about by super volcano, alien invasion, or asteroid impact. If I say “extinction level event”, whatever comes to your mind is what I’m talking about. Whatever it is, you can’t escape it.

Hollywood (and all their spinoff) have made movie after television series after movie about saving the world from imminent disaster.

Almost inevitably, the heroes save the day through hard work and ingenuity. The sun is about to go nova? Sure, let me call Uncle Dr. Scientist, and we’ll whip up a spaceship that can bore into the sun and detonate an A-bomb at just the right place. That’ll fix her right up.

All of these stories have enormous plot holes that anyone can see through if he thinks about it for a few seconds. Most of the scenarios are improbable to impossible and the solutions are usually worse.

Yet, somehow we still seem to think that when that stray planetoid is about to smash into the earth, some brilliant scientist will come up with a solution that will save the best of us just in the nick of time. It’ll be tough out there in the cold black between the stars, but humanity will survive.

I’m a big fan of space exploration and even extra-terrestrial colonization. I love the idea of terraforming Mars and building permanent human colonies on a world that once was barren and desolate. I’m an even bigger fan of removing space programs and technological research from the domain of government.

Elon Musk and Space-X have done more to bring humanity closer to the stars in ten years than all the governments of the world have done since Robert Goddard launched the first liquid fueled rocket in 1926. Recently, he has also been wresting Twitter from a fascist, government-corporate propaganda system and developing a technology called Neuralink to allow a direct connection between a person’s brain and a computer.

Musk has a lifelong love of technology and liberty, but he has another motive.

At a 2013 conference, he said, “Either we spread Earth to other planets, or we risk going extinct. An extinction event is inevitable and we’re increasingly doing ourselves in. The goal is to improve rocket technology and space technology until we can send people to Mars and establish life on Mars.”

And, regarding Neuralink, “My prime motivation for Neuralink was the question: ‘What do we do if there is a superintelligence that is much smarter than human beings? How do we, as a species, mitigate the risk or, in a benign scenario, go along for the ride?'”

I think disaster preparedness is important. We should all try to imagine the worst things that can happen and what we would do, then make reasonable preparations and mostly move on with life. The more people you have within your sphere of responsibility, the bigger and scarier those imaginings can get, and the grander the preparations need to be.

But you can’t avoid the extinction of the human race.

Second, when it’s time for the human race to go extinct, God will be the one to make it happen, and there’s nothing we can do to stop it. He spoke the sun and moon into existence, and he can speak it right back out again.

You can’t escape to Mars and you can’t outthink God.

We tried that once before and it didn’t go as planned. The people in Shinar thought that if they built a massive tower as a focus for a humanist religion, they could keep all people united in both purpose and location. Yet here we are, scattered across seven continents, speaking 7000 languages.

Any serious attempt to avoid God’s judgment–whatever the instrument of that judgment might be–will end the same way, in accomplishing the exact opposite.

There is no technology, no strategy, and no alliance that can succeed against God.

Though you soar aloft like the eagle, though your nest is set among the stars, from there I will bring you down, declares YHWH.
Obadiah 1:4

Edom thought they could thwart God’s plans for Jacob’s inheritance by forming alliances against Israel, by aiding Judah’s enemies, and killing those who escaped the Babylonian invasion in 587 BC. But it all backfired.

All your allies have driven you to your border; those at peace with you have deceived you; they have prevailed against you; those who eat your bread have set a trap beneath you— you have no understanding.
Obadiah 1:7

Edom was a weak and despised kingdom that continued to be traded back and forth between superpowers until the Maccabees conquered them around 163 BC and they were eventually completely absorbed into Judah and the surrounding nations.

Where is Edom today? Memory. Where is the Tower of Babel today? Dust.

Where will Elon Musk and the Human Race be 10,000 years from now? Exactly where God intends them to be and nowhere else.

Ultimately, there’s only one way to escape destruction at the end of the universe: put your trust and fear in the Creator. That means you must believe what he said, including that the human race will never go extinct and that he has standards of behavior for those who want to survive the end of everything else.

You already know where to find those standards. He showed us, he told us, and then he showed us again. It’s all written down.

See A Very Brief Commentary on Obadiah at Soil from Stone.