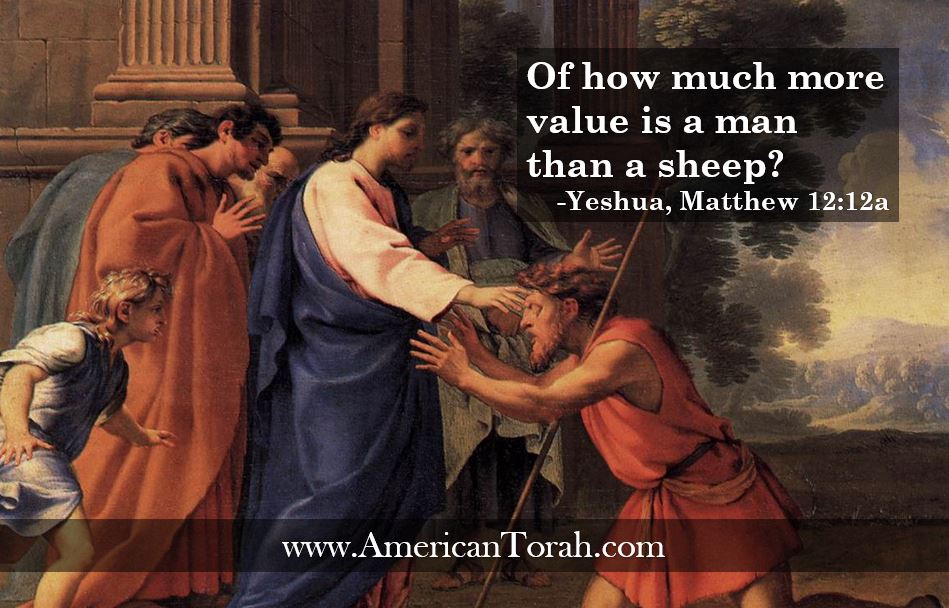 But if you had known what this is, “I desire mercy and not sacrifice,” you would not have condemned those who are not guilty.
Matthew 12:7

Yeshua plainly refuted the idea that there is no hierarchy or precedence within God’s law. There are greater commandments and lesser commandments. Some laws must be held higher than others in order to resolve apparent conflicts such as healing or feeding the poor on the Sabbath.

Most Christian theologians divide the law into two or three parts (civil, moral, and ceremonial), and they usually dismiss the ceremonial as irrelevant to life after the cross. That division is incorrect and does a great deal of harm. It would be much better to divide the law the same way that Yeshua did: by beneficiary. All of God’s laws have a beneficiary, and usually more than one: Self, Others, or God.

Keeping the Sabbath benefits all three.

It honors God, strengthens the community, ensures a day of rest for even the lowest laborer, but keeping the Sabbath is also self-serving. It gives you an excuse to say no.

There is nothing wrong with that. God gave us all of the law for our own benefit. For many people, especially in a society that doesn’t recognize God’s appointed times, it is a vital opportunity to say no without causing hard feelings.

Other laws are aimed at the benefit of others and take precedence over the former. “If you buy a Hebrew servant, he shall serve six years. And in the seventh he shall go out free for nothing.” A slave owner is required to care for the physical and spiritual welfare of the slave.

Like the Sabbath, the laws governing Hebrew slavery fit all three categories: They honor God by honoring his image and his chosen people. They benefit the slave owner by ensuring the good will of his slaves and the health of his community. However, the slave reaps the greatest benefit. His servitude was limited in duration, scope, and rigor. He is assured generous compensation for his service. In fact, if he sold himself into slavery, he will be paid at least twice, three times if he has a God-fearing master: first when he sold himself, second during the course of his service, and third when he is released.

There are some laws that appear to benefit only God, but we must be especially careful with those, because their purpose is often obscure. Sometimes they seem like empty ritual, and it’s easy to let them slide. Sometimes we can only guess at the purpose of these commands, but it’s an illusion that they are only for God’s benefit.

Every commandment that God has given also benefits the law-keeper, his family, and his community. “You shall have no other gods before me,” for example. Worshipping other gods is a waste of effort and invites sickness and disaster, but primarily we worship only one God because that is what he wants.

Sacrifice is another example. Blood sacrifices were never about satisfying God’s blood lust, for he has none. Like Yeshua’s sacrifice, the sacrifice of animals was to bring us closer to God. Hence, blood sacrifice is mostly for the benefit of the one bringing it. “I desire mercy and not sacrifice,” God said, but we need both.

When you aren’t sure, choose life. All of God’s instructions are designed to restore us to right, healthy relationship with both God and man. Therefore, Christians and Jews alike consider those who save and restore lives to be exempt from the strictest interpretation of the Sabbath.

To heal on the Sabbath is to keep it, even if such healing requires great physical exertion.