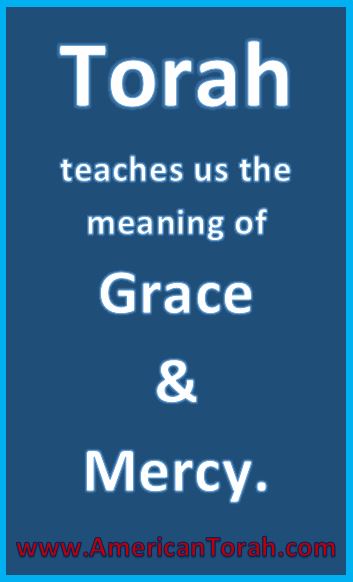 God wants us to keep His law, but He doesn’t expect perfection. He never did or else Torah1 wouldn’t include instructions for handling missteps. You will fail, but it will be OK in the end if you trust in God. That doesn’t mean obedience is optional. Knowingly disregarding what God has told you to do is the same as rejecting God himself. Either He is King or He isn’t.

Studying and living Torah helps a person to develop a better understanding of God’s character. It teaches us what mercy and grace really mean, and it should give one great hope in God’s goodness. Consider that the blessings & curses of Torah are guaranteed to the nation of Israel2, of which we have been made citizens, but the curses are temporary. If you repent, God is eager to forgive. According to Torah, all of Israel will repent. Whatever she has done in the intervening eras, she will return to Torah and to her Husband, and she will be restored in full.

I talk a lot about “Law”. Keep the Sabbath. Keep the commandments. Study Torah. Et cetera. Sometimes I’m afraid that I give the wrong impression.

Recently I had a conversation with a man who couldn’t understand why I say that followers of Jesus should be keeping Torah. I explained from Scripture how Paul fought a persistent battle against Jewish teachers who taught that new converts must keep the whole Torah plus all of the rules that men had added to it (the “burden that neither we nor our fathers were able to bear”) in order to be saved. The Jerusalem Council refuted this false teaching, instead giving new converts four simple rules to start with, expecting that they would continue to study the Word and grow in maturity and righteous behavior. Obedience to God’s Law has never been a requirement for salvation, but it has always been a standard of behavior for God’s people.

When I had answered all of the man’s questions, he was in a near panic. He said he would pray about this because, if he had unrepented sin in his life, he needed to fix it right NOW! The next morning he said that the Spirit had told him that I was wrong and that Jesus cancelled all of the old laws and gave us new ones.

To be honest, I was relieved. This man clearly had an unbalanced perspective on sin, believing that any error would endanger his salvation. He was already a legalist. If he had been convinced that it’s a sin to work on the Sabbath or eat bacon, I’m afraid he would have become what’s known in Messianic Jewish circles as a Torah terrorist. I think you probably can guess what that means. A new set of rules to obsess over was the last thing he needed.

Long after Paul became a disciple of Jesus, he admitted that he still sinned. He didn’t like it, but he had to be honest.

The Apostles didn’t tell new converts to stop all sin immediately. That would just be replacing one unbearable yoke with another one. They gave them just four things:

For it seemed good to the Holy Spirit, and to us, to lay upon you no greater burden than these necessary things: that you abstain from things offered to idols, from blood, from things strangled, and from sexual immorality. If you keep yourselves from these, you will do well. (Acts 15:28-29)

But that didn’t mean that it was now okay to steal and kill. This list was never intended to be the sum total of righteous behavior. It was just a place to start. “For Moses has had throughout many generations those who preach him in every city, being read in the synagogues every Sabbath.” (Acts 15:21)

The fact is–and we all need to face this–nobody in this life will ever be sinless. It is completely beyond our power to be perfect. As a much greater man than I once said, If we could be saved by good behavior, then Christ would have died for nothing. Thank God for His grace and mercy!

I’m not excusing anybody’s sin. God hates it and wants us to keep working it out of our lives. “Work out your own salvation with fear and trembling,” Paul said. What he didn’t say was, “Do it right now or you’re going to hell.”

I’m going to give you the same advice that I gave to my friend, the same advice that James and the Jerusalem Council gave to the new converts at Antioch: Start with the big stuff, the things that cause you and your community and God the most grief. Next, work on those behaviors that the Holy Spirit convicts you of personally. Finally, keep studying, praying, worshiping, and fellowshipping.

Trust me. If you follow this plan, you will find no end of sins to work on.

1 Torah is God’s Law as written in the books of Moses. Extra-Biblical Jewish writings are the work of men. Some of it’s good–some isn’t–but it isn’t Torah. The same thing goes for extra-Biblical Christian writings.
2 The “nation of Israel” is not the modern state of Israel, although there must certainly be significant overlap.

One Reply to “Be Ye Perfect Right Now or Else!”