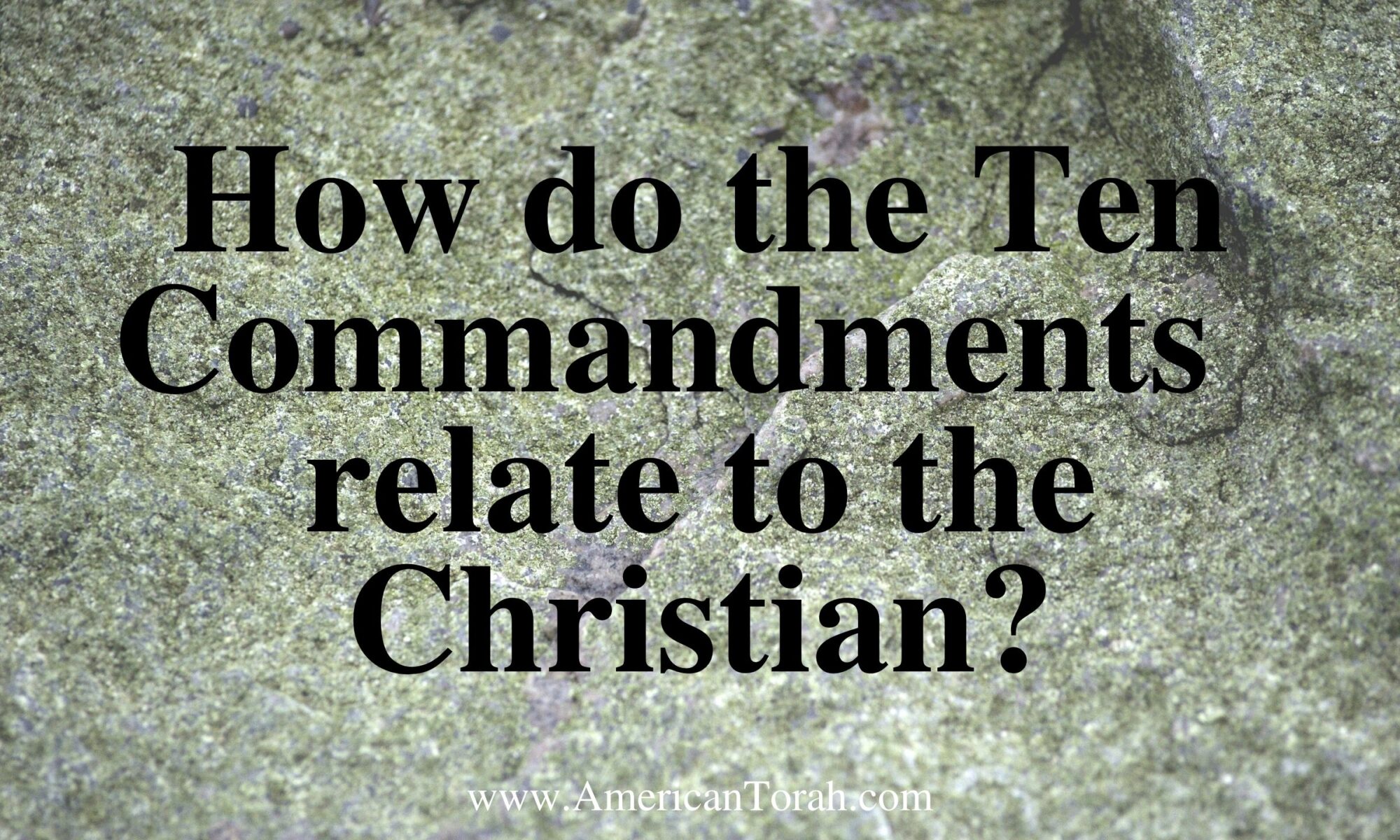 A long-time Internet acquaintance asked a couple of questions in an open forum many years ago, and I reproduce her questions and my responses here…

1) How should Christians regard the ten commandments? (Not rhetorical; I really want to know.)

Paul told the Roman Christians that the Law defines sin. Without the written commandments, our ability to discern what is and is not sin is seriously hobbled. He specifically used one of the ten commandments to illustrate his point.

You can think of the Ten Commandments in Exodus 20 as a summary of all of the rest of the Law (sometimes numbered at 613, by I think that count is dubious), and they are in turn are summarized by the Two Commandments that Yeshua quoted in Matthew 22 and Mark 12:

Allow me to illustrate with a short table.

Every Christian knows –or ought to know–that sin is a bad thing. If that’s a point of contention, then we have much deeper problems than whether or not the Law defines sin. And if the Law defines sin as Paul and John both said, then it logically follows that we ought to be studying and keeping the Law. Not because a single mistake will send us to hell, but because we owe it to God. How can anyone say he loves God and then ignore his commandments? Or do they really believe that Paul was lying when he said that all of the commandments are summed up in love?

2) As a relatively new convert, one thing that’s also confused me is how to answer people who ask why Christians include the Old Testament in the Christian Bible. I’ve encountered Jews who didn’t know that we include the Torah in the Christian Bible and study it in church. They were curious about this practice, but I wasn’t sure I had the correct explanation for them. Is it to establish the context for the New Testament?

One of the earliest major heresies that the Christian church had to deal with is called Marcionism. In some ways it was the opposite of the Judaizers that Paul dealt with through much of his ministry. Where the Judaizers added laws and traditions on top of God’s Law, the Marcionites threw out the entire Old Testament and much of the New as well. They taught that the God of the Hebrews was a malevolent deity who actually hated the Jews and gave them the Torah as a punishment. Jesus was a new God who overthrew YHWH and all of his oppressive laws. They kept Paul’s writings because it was easy to twist his words around to justify their lawlessness. These were the people that Peter warned so strongly against when he wrote,

2 Peter 3:16 …There are some things in [Paul’s letters] that are hard to understand, which the ignorant and unstable twist to their own destruction, as they do the other Scriptures.

This Marcionism is almost identical with the feel-good, no-rules Christianity of today. Marcion is alive and well in your home town and every place where Christians reject God’s word as outdated and superseded by a new gospel of “love” unfounded on any real principles or standards, but on feelings and that most deceitful of all voices: the heart.

What we call the Old Testament was the only set of scriptures the first century church had for many years. The apostles referred to them constantly throughout their letters. Yeshua preached from the Torah and the Prophets. Indeed much of the New Testament is completely incomprehensible without a solid foundation in the Old Testament.

The thing that baffles me is that most Christian churches really do understand this and yet they still ignore the Old Testament, especially the Torah, and so they keep falling for the same old lies. It’s truly a spiritual psychosis.

Should Christians keep the Ten Commandments? If they claim to follow the two greatest commandments, they absolutely should.