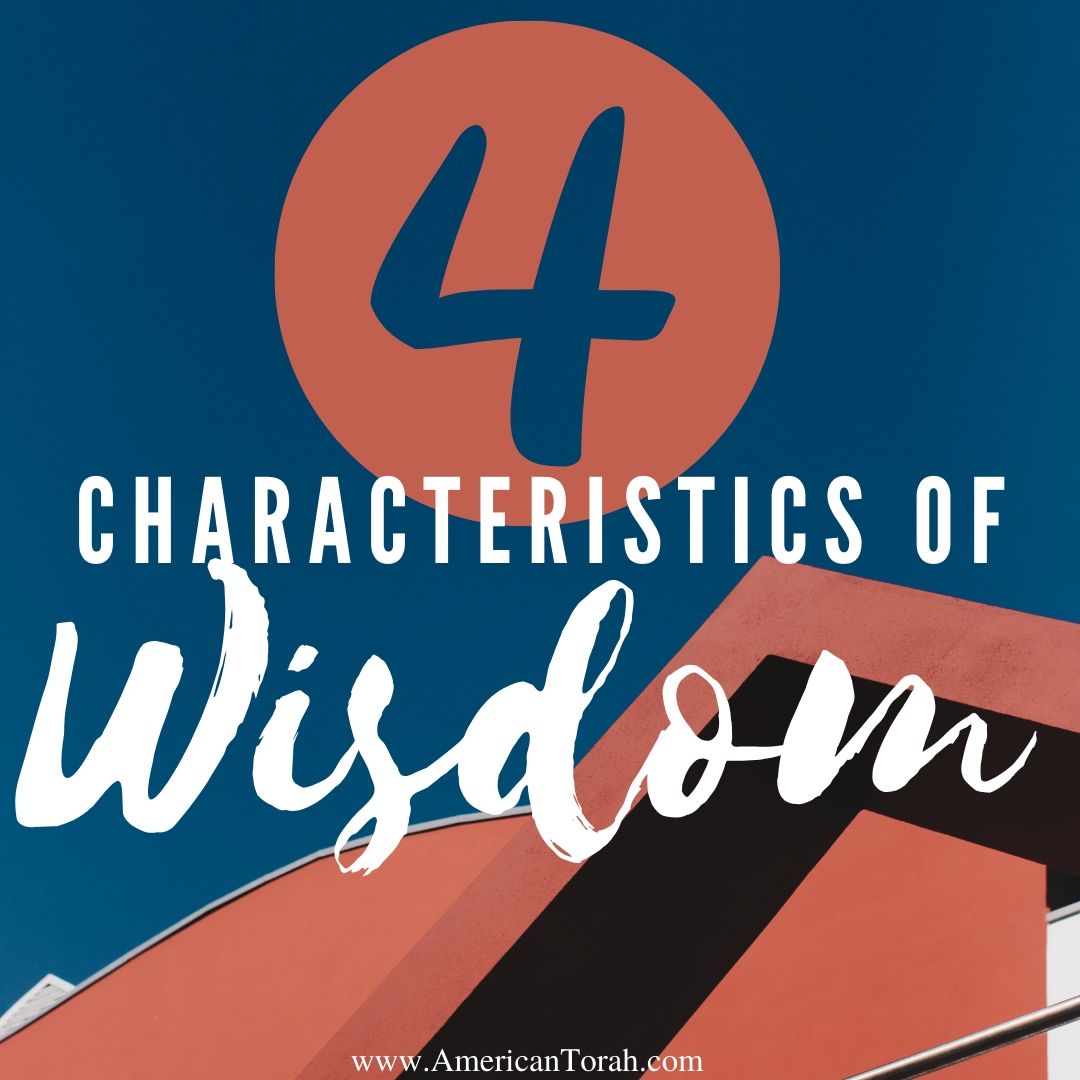 In Proverbs 9:1-6, Wisdom is personified as a woman and contrasted with Folly, which is personified as another woman in vs 13-18. (Check out this post on the literary structure of Proverbs 9!) Solomon described Wisdom as building a house, preparing a meal, and inviting guests to join her. We can learn something about wisdom from that alone–She is a builder, a provider, and a generous host–but Solomon gave us important details that add significant depth to this picture.

1  Wisdom has built her house; she has hewn her seven pillars.
2  She has slaughtered her beasts; she has mixed her wine; she has also set her table.
3  She has sent out her young women to call from the highest places in the town,
4  “Whoever is simple, let him turn in here!” To him who lacks sense she says,
5  “Come, eat of my bread and drink of the wine I have mixed.
6  Leave your simple ways, and live, and walk in the way of insight.”
Proverbs 9:1-6

Wisdom built a large and elaborate house and prepared a feast from her own livestock and probably also from her own vineyard. She had servants and sent them out to invite strangers to come and share in her great bounty and to learn from her example.

Nobody builds a house in a day. They don’t come pre-assembled by mail order…at least they didn’t in 900 BC. Houses take time, resources, and a lot of hard work. Most people when the Proverbs were written built their own houses from straw, mud, or stone, and usually only large enough to protect their immediate family and a few animals from the elements at night. A corner for cooking and eating, an alcove for sleeping, and a little floor space for the ten children. Only the wealthy could afford the time and money to build anything larger and more elaborate than a few walls and a thatch roof.

The house of Wisdom is different. Her house is more than a dirt floor out of the rain. From this passage we can deduce some interesting details:

Her house is large enough to accommodate seven pillars, numerous servants, and a crowd of guests. Wisdom didn’t buy or inherit her house. She built it herself. She selected the site, drew a floorplan, purchased or collected the materials, and managed or executed the construction from start to finish personally. She had a furnished dining area and sufficient storage to hold dishes and platters for a large feast. The rest of her house was also artfully finished in detail. It wasn’t just a utilitarian space for sleeping and eating. The number seven indicates completeness, perfection. She didn’t stop building when her house was a cover for her family and a number of guests, but kept working until every detail was complete.

Living in modern America, there is a great distance between us and the source of our food. Most of us have no idea how our food is made or even what it is made from. Corn starch, unsulphured molasses, baking soda, salt… Oh, there’s one I can identify. I know what salt is, but what part of corn does corn starch come from? Unsulphured molasses…does that mean most molasses is sulphured!? And what exactly is molasses anyway?

Michael Pollan wrote a great book called The Omnivore’s Dilemma (affiliate link), in which he traced several meals, including one from McDonald’s, from their original sources in fields, pastures, and quarries, through factories, distributors, and kitchens, and finally to the American dining table. Our food today takes a surprisingly complicated and disturbing journey before it reaches our plates, but it wasn’t always that way. Most people throughout history ate whatever they or a neighbor grew or hunted, and that was that. Ultimately, the American pantry reveals as much about us as it does about what we eat.

Solomon’s sparse description of Wisdom’s table also reveals more than what she served.

Wisdom owned livestock, and rather than buying meat at the market, she killed and butchered her own animals for the feast. Not just one animal, but animals, plural. Whether these were small as birds or large as oxen, we can’t tell, but in either case she was expecting a significant number of diners. She purchased or grew spices and developed sufficient skill as a vintner to prepare her own mixed wine. Finally, Wisdom’s feast was prepared and ready before it was needed.

Even in cultures with a slave-based economy, most people aren’t slave owners. Most of the people who have lived in this world did not have servants of any kind. In Proverbs 9, Wisdom had at least two servant girls and probably many more. She had livestock, a garden, a vineyard, and a large house, so she probably also has a number of men in her employ.

The servants of Wisdom weren’t harshly used, but honored and trusted helpers. She sent them out to the city to invite guests, which required that they be courteous and pleasant. She trusted them to execute their mission with gladness, not resentment, which means that they also loved and trusted their mistress.

Wisdom sent her servant girls to the highest points in the city (or she went herself, depending on your translation) because she didn’t waste time and effort. She had no need to confront every stranger on the way because she knew that those who were ready to heed her call would hear it and respond.

When I was a kid, my parents often invited people to join us for Sunday dinner. These weren’t just people from church, but also the elderly, the lonely, and people who were too often ignored by the world. Sometimes they even invited people to live with us while they sorted out life’s inevitable troubles. Wisdom went far beyond that, inviting a crowd of total strangers to come to her feast.

However, Wisdom’s feast wasn’t intended to fill the belly, or at least that’s not all it did. Wisdom’s food and drink was personal transformation. She invited the simple to grow wise, the foolish to learn how to live, and the lazy to learn industry. Wisdom’s table was reserved for those who wanted to become something more than they were. To eat with her was to experience the full gamut of joy and pain, because it is only through overcoming pain that we become wise and find true joy.

Like many great teachers, Solomon didn’t spell out every lesson. A close look at his brief description of Wisdom in Proverbs 9:1-6 reveals four distinct characteristics.

Solomon heard Wisdom’s call and joined in her feast. He spent many hard years, making both bad and good decisions, transforming himself from a young man with a good heart into the wise king we remember from the Bible. He set a table for us in his writings–the Proverbs, Song of Songs, and Ecclesiastes–and he continually invites us to join him. Since he prepared such a rich feast, we don’t have to make all the same mistakes he did. We have only to heed his call, sit down at his table, and set ourselves to the hard work of applying his words.

That’s not to say that studying the Scriptures will keep us from making mistakes. We have our own lives to live, our own mistakes to make, and there is no real growth without adversity. But remember that Wisdom is efficient. She learns all she can from the mistakes of those who went before. There’s no sense in replowing ground in which seeds have already been sown.