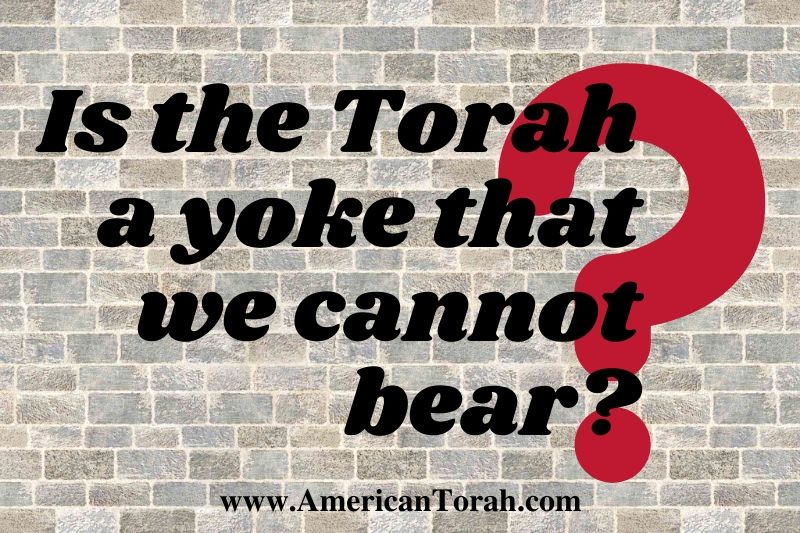 When Peter asked the Pharisees, “Why do you tempt God by putting a yoke on the neck of the disciples, a yoke which neither our fathers nor we were able to bear?” in Acts 15:10, he was not talking about God’s instructions as given by Moses. He was talking about the traditions and the rules which the rabbis had built up around the written Torah.

Peter did not call Moses a liar and neither did Paul or Yeshua. It is not too hard for us to keep God’s commandments.

These rules aren’t entirely unique to the Torah. Except for the part about idols, they are pretty standard religious fare. (As far as I know, only the Abrahamic religious traditions prohibit the making and use of idols.) Other than the rules themselves, there are two vitally important things to understand about being kedoshim to God.

We know from Ecclesiastes 7:20, Romans 3:23, and 1 John 1:8 that nobody except Yeshua ever managed to live a sinless life. Eventually, everyone gossips. Everyone lies. Everyone steals. Everyone hates. So what did Moses mean when he said that God’s commandments are not too hard for us to keep?

He meant at least three things:

The “yoke which neither our fathers nor we were able to bear” is not God’s Law, also known as the written Torah. God’s Law teaches us what it means to sin and also what it means to love, for all of the Law is fulfilled in these two commandments: Love YHVH your God with all your heart, soul, and mind, and love your neighbor as yourself.