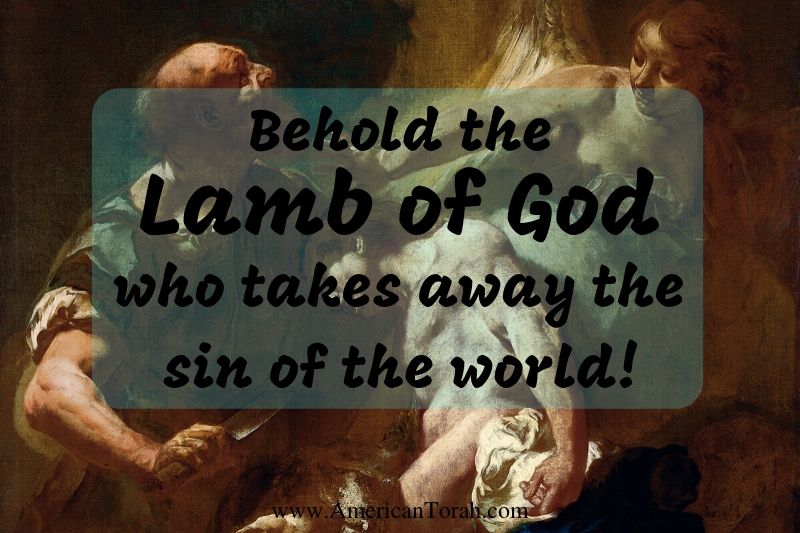 The next day [John] saw Jesus coming toward him, and said, “Behold, the Lamb of God, who takes away the sin of the world!”
John 1:29

[Yeshua] has appeared once for all at the end of the ages to put away sin by the sacrifice of himself.
Hebrews 9:26

Every male among the priests may eat of it; it is most holy.
Leviticus 6:29

Every male among the priests may eat of it. It shall be eaten in a holy place. It is most holy.
Leviticus 7:6

Why have you not eaten the sin offering in the place of the sanctuary, since it is a thing most holy and has been given to you that you may bear the iniquity of the congregation, to make atonement for them before YHVH?
Leviticus 10:17

YHVH has sworn and will not change his mind, “You are a priest forever after the order of Melchizedek.”
Psalms 110:4

It is a time honored principle that a leader bears some responsibility for the behavior of his subordinates and also in atoning for their trespasses. In eating the sin and guilt offerings, the priests symbolically (and possibly in some real, tangible way) took the sins of the penitent into themselves. They took responsibility before God so that the people could be reconciled to him.

Yeshua is a priest of a higher order than Aaron’s, and his blood is more potent than that of any shed solely on earth. His sacrifice was an order of magnitude greater than any animal sacrifice, and being offered on the altar in Heaven, opened the door for all of us to surrender our guilt to him. We have but to trust in God and make our allegiance to him.

Every blood sacrifice must be perfect. Yeshua, the Son of God, is a King-Priest like Melchizedek, and he is perfect and sinless, and he gave up his life willingly. No mere human death would have been sufficient, yet neither would the death of anything not human and therefore unable to bear the responsibility of human sins. Any other person’s death would have been ineffective for the purpose of eternal atonement for the sins of all mankind. It would have been murder and nothing else.

Yeshua’s death on the cross was certainly murder, but it enabled our salvation. He went to his execution willingly, holding that torment to be nothing compared to the greater reconciliation of man to God. By allowing himself to be killed, he enabled life for billions. In shedding his perfect blood, he took our imperfections, all of our sins, whether intentional or not, upon himself.

We have only to let them go, to trust the Father’s grace to forgive, and to submit ourselves to our new King’s reign. Yeshua, our salvation.