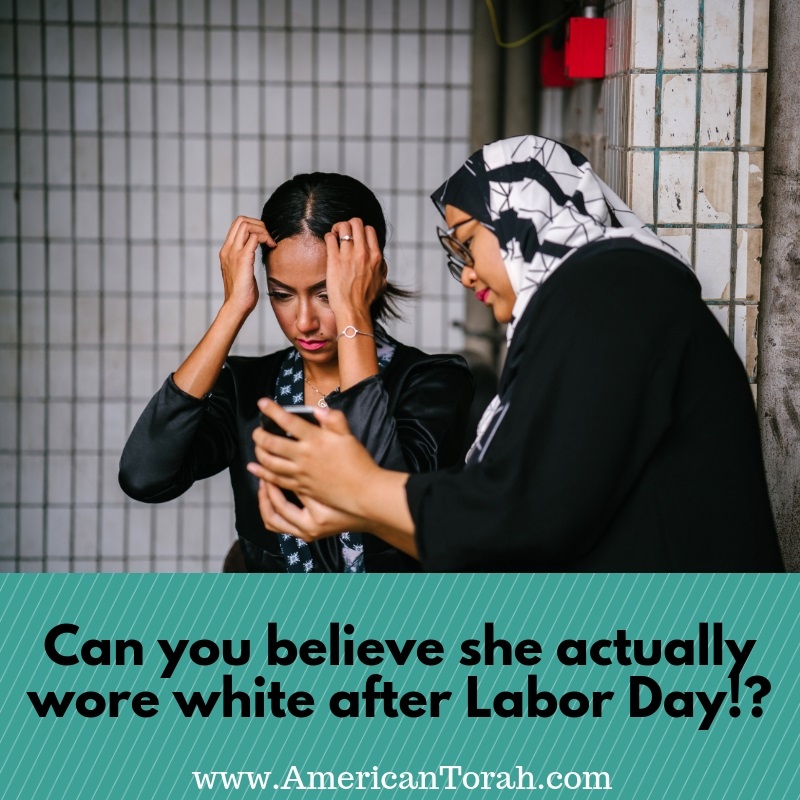 A follower on Twitter asked me about Colossians 2:16 last week.

I’m including the rest of the chapter here for context:

16 Therefore let no one pass judgment on you in questions of food and drink, or with regard to a festival or a new moon or a Sabbath. 17 These are a shadow of the things to come, but the substance belongs to Christ. 18 Let no one disqualify you, insisting on asceticism and worship of angels, going on in detail about visions, puffed up without reason by his sensuous mind, 19 and not holding fast to the Head, from whom the whole body, nourished and knit together through its joints and ligaments, grows with a growth that is from God.

20 If with Christ you died to the elemental spirits of the world, why, as if you were still alive in the world, do you submit to regulations— 21 “Do not handle, Do not taste, Do not touch” 22 (referring to things that all perish as they are used)—according to human precepts and teachings? 23 These have indeed an appearance of wisdom in promoting self-made religion and asceticism and severity to the body, but they are of no value in stopping the indulgence of the flesh.

Does Colossians 2 Cancel the Torah?

Does this mean all of God’s commandments about food and drink, sabbaths and feast days, etc., have been nullified? Not unless you think God’s instructions are “elemental spirits of the world”, “human precepts and teachings”, and “self-made religion” with only “an appearance of wisdom”. Certainly many atheists would agree with that, but I don’t see how anyone who accepts the Bible as authoritative could.

Have you heard the phrase “Torah terrorist”? It jokingly refers to someone who is always telling other people they’re doing it wrong. Paul was saying, “Don’t let people condemn you for not eating, drinking, or keeping a feast day in exactly the way they think it should be done. It’s okay if you don’t do everything exactly right or if you disagree with someone else about the details of what’s good for food and what isn’t.”

Don’t let those people pile their rules on your shoulders as if you are beholden to their weak consciences. Their rules, no matter how wise they sound, are not even a “shadow of the things to come”, but only a shadow of their own minds.

And don’t let people condemn you for being imperfect. God knows we all sin. We all fall short. I think him all the time that my salvation does not depend on my perfect obedience, but on my repentance and on his grace to forgive.

Live in peace with those people as much as you can, but don’t let them poison your relationship with the Father, with Yeshua, or with your fellow believers.