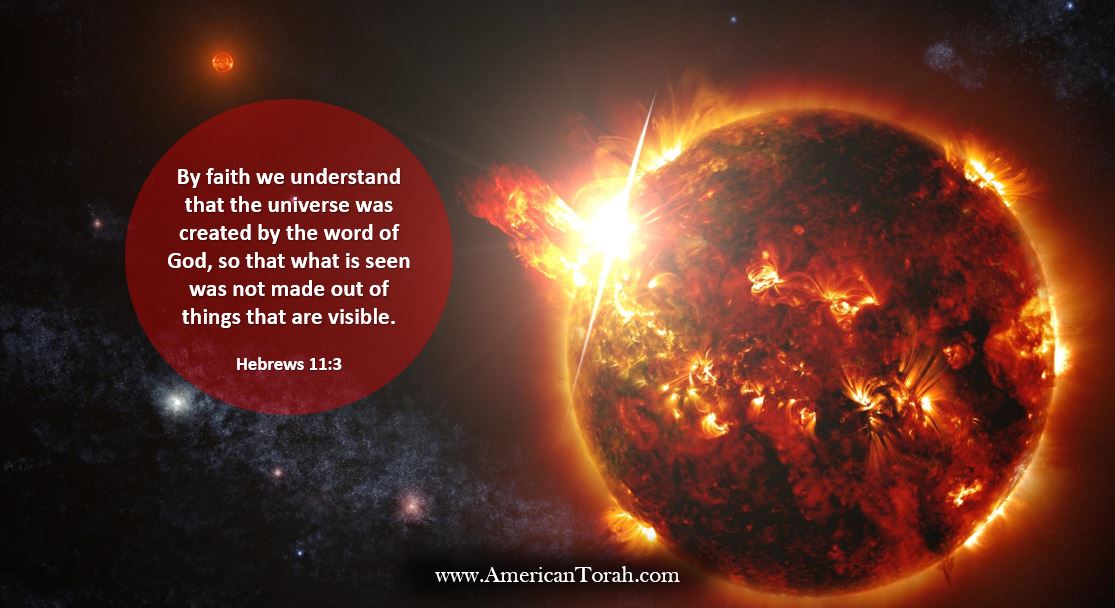 If you explored a mysterious cave in the depths of an unexplored jungle and found something there with all of these qualities, you might believe some lost civilization or advanced intelligence had made it.

Such a discovery would be undeniable proof of advanced intelligence, but really it’s just a bat like many that I’m sure you’ve seen before. They live in caves, barns, and forests, and under bridges all over the world. Bats are powerful evidence of God’s hand in the world, but as amazing as bats are, they are far from God’s most astonishing creatures. If you’re curious, look up glass frogs, compass termites, and blue whales.

Now move your attention to something bigger. Much, much bigger.

There are things in our universe that are so massive, so powerful, that we can only hold them in our minds if we imagine them to be much tinier than they are.

Think of yourself as the size of a grain of sand. The earth would be the size of an enormous mountain in comparison, and the sun would be the size of a large country. Now imagine the energy generated by all the wind, solar, hydro, coal, and nuclear power plants that have ever existed. Now add the power released by every nuclear device ever exploded. The sun releases millions of time more energy every single second than humans have produced throughout our entire history.

On the galactic scale, the sun isn’t very impressive.

The size of many other stars is as much greater than the sun’s as the sun’s is greater than the earth’s. The sun’s energy output is mind boggling, but a neutron star can release as much energy in a single second as the sun does in a million years. The Milky Way galaxy contains hundreds of billions of stars.

Hundreds of billions of stars.

And on the universal scale, the Milky Way isn’t a big deal.

It’s breathtaking. Astounding. There aren’t enough superlative adjectives in the English language–or any language–to describe the wonders of God’s creation on any scale you might use. The mind blowing complexity of the subatomic, quantum world, and the crushing grandiosity of the universe that is so big that no human will ever, ever see the light from the most distant stars.

And the most awesome thing is this: God spoke it all into existence.

You get the picture. We serve an awesome God indeed.

No wonder it’s so hard for some people to believe in God. He is so far beyond our comprehension that it’s simpler for many people to pretend that bats and black holes just happened all on their own.

By faith we understand that the universe was created by the word of God, so that what is seen was not made out of things that are visible.
Hebrews 11:3

We are incapable of comprehending God. His existence is more than our tiny minds can handle. It is only by faith that we are able to see what ought to be obvious and incorporate it into our worldview: the existence of the Creator and the evidence of his handiwork in absolutely everything that is.

And it is only by faith that we are able to comprehend what is even more incomprehensible than all of this: The Creator of heaven and earth sees us. He knows us. He cares about us.

2 Replies to “What do Bats, Blue Whales, and Neutron Stars Have in Common?”