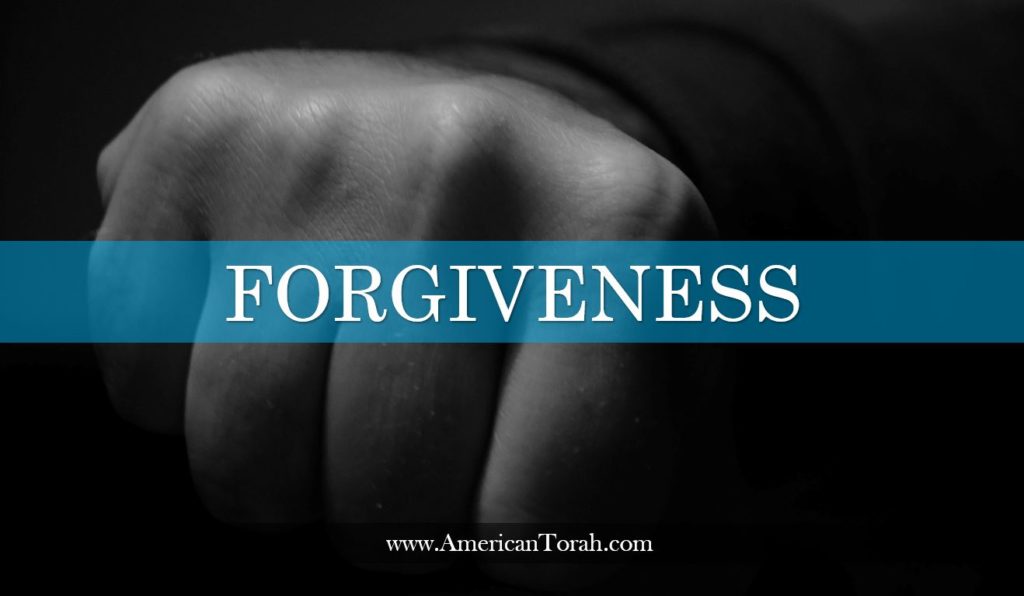 But Esau ran to meet him and embraced him and fell on his neck and kissed him, and they wept.
(Genesis 33:4)

But I say to you, Do not resist the one who is evil. But if anyone slaps you on the right cheek, turn to him the other also.
(Matthew 5:39)

When I sat down to write, I intended to talk about Thanksgiving Day and family reunions, but then it went the way these things often go: somewhere else. Instead of Thanksgiving, I’m going to tell you about three seemingly unforgiveable crimes and their suprising aftermaths.

We hurt each other every day. Selfishness, offense, and anger are commonplace, while mercy and forgiveness are rare.

We’re all familiar with the story of Jacob taking the blessing and the inheritance from his brother, Esau, but what happened between them later isn’t told as often.

I’m sure that Rebekah, their mother, loved them both, but she found Esau’s personality and life choices to be a constant irritation, and her favoritism toward Jacob probably made Esau feel as though she didn’t love him at all. When Jacob deceived dad into giving him Esau’s blessing, it almost certainly damaged whatever relationships remained in the family. You can almost hear the pain in Esau’s voice as he begged his father, “Don’t you have anything left for me?” Jacob took Esau’s mother, then he took his birthright, and finally he conspired to take his father’s blessing too.

Esau was understandably more than a little upset.

Jacob fled the country to escape his brother’s murderous wrath and didn’t return until decades later. During the whole journey home from Haran–weeks at the least and probably months–Jacob dreaded the confrontation that was sure to come. He begged God to protect him from his brother, but as he approached the borders of Canaan, he heard that Esau was headed out to meet him at the head of a small army. Jacob sent gift after gift in an attempt to appease Esau, but he knew that his brother had a hot temper and would not have forgotten how he had been mistreated.

Finally, Jacob saw his brother in the distance, a massive cloud of dust billowing behind him and the four hundred men who were with him. He got down on his knees and bowed his face to the ground seven times, but Esau came on even faster. When he reached Jacob, he yanked him off the ground, put both arms around him, and kissed him. Imagine Jacob’s relief!

Was it really that simple, though?

In the Hebrew of Genesis 33:4, there are small marks above each letter of the word for “kissed him”, vayishakehu. I have heard three interpretations of these marks:

More than 2500 years after the fact, we can’t do much more than speculate. The truth is that we don’t know what was going on in Esau’s head at that moment. All we know is what he did: He embraced his long-estranged brother, kissed him, and wept. And what he didn’t do: Accuse and remind his brother of all the pain he had caused.

Esau was a fool in his youth and repeatedly made bad decisions, but there’s no doubt that he had been wronged. Jacob knew his brother’s weaknesses and used them to take everything that he valued. Esau is never described in Scripture as a righteous man–quite the opposite!–and he had abundant reason to hate his brother.

Yet he still forgave Jacob graciously and earnestly.

“Behold how good and how pleasant it is for brothers to dwell together in unity.”
(Psalm 133:1)

On October 2, 2006, Charlie Roberts saw his two children off to school, then, armed with guns and knives, he drove to a nearby Amish schoolhouse. He ejected everyone from the building except for ten young girls. When the school was surrounded by the police, he shot all ten of them in the head, killing five and leaving others with permanent injuries. Then he shot himself. Later, the families of some of the girls he shot came to his house to express their condolences to his family and to help them through their own loss.

Let me say that again: The families of the victims helped the family of the murderer to get through their grief. The only thing more astonishing than this would be to have shown kindness directly to the murderer himself, but he denied them that opportunity and even the possibility of justice when he took his own life.

The Amish have their faults, but in this they brought the very love of God into the midst of death and tragedy.

There isn’t much you can do to someone that is worse than deliberately and coldly murdering their children. There is another story of brutality and forgiveness that we have all heard.

We suffered from a terminally diseased heart. There was no medicine, no exercise, nor surgery that we could perform to be well again or even to slow our decay. We were doomed. God saw our pain and our impossible position. He understood that our only hope was a new heart and that the only heart suitable for saving the entire human race was his son’s. So he sent Yeshua to show us how to live with a new heart, but we rejected him and his teaching, and then we killed him for it.

God understood that this too was necessary, because you can’t transplant a heart from a living donor.

Yeshua came, knowing that he would be tortured and killed by the very people whom he came to save, and at the height of his torment he said, “Father, forgive them.”

True to his purpose and his word, the Father does forgive us, despite what we’ve done. For all those who repent of their sins and beg his mercy, he forgets their sins and grants them mercy, and like Esau, God doesn’t remind us of the terrible things we did before. He wants us to forget them too, and then to move past them and to live in a manner that honors the new heart that he is creating in us.

The greatest part of Yeshua’s story is that his death wasn’t the end, because he rose from the grave so that we too could rise and share in his glory, not only with a new heart inscribed with his Torah, but a whole new everything and a story with no ending at all.

We’ve all heard that God is love, but God is also forgiveness. Yeshua forgives because he and the Father are one and forgiveness is in his blood. We are called to be like him, and there is no greater way to honor him than to forgive like he did, like the families of Roberts’ victims, and even like Esau forgave Jacob: without reservation and without condemnation.

One Reply to “Forgiveness and the Heart of God”