Recently I quoted John 14:15 (If you love me, you will keep my commandments.) in an online forum and an atheist troll replied with Deuteronomy 25:11-12 (If two men, a man and his countryman, are struggling together, and the wife of one comes near to deliver her husband from the hand of the one who is striking him, and puts out her hand and seizes his genitals, then you shall cut off her hand; you shall not show pity.).

Now, unless I’m in the mood for a fight, I know better than to feed the trolls, so I didn’t respond to him. But even though I know he’s a troll, he has a good point. 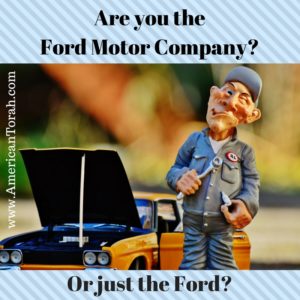 God commands quite a few things in Torah that don’t set lightly with most Westerners today. If two men are fighting and the wife of one of them rescues her husband by striking or seizing the other man’s testicles, should we cut off her hand? If a man is caught with another man’s wife, should we drag them both out to the city gates and stone them to death? Should we execute rebellious teenagers?

It all seems a little harsh, doesn’t it? This is a very common and understandable reaction to God’s commands.

Before I say anything else, let me make this clear: God is the judge of right and wrong, not us. Since he created everything, he also gets to define everything, including love and hate. If God says this is love and that is hate, then that’s just the way it is. Get used to it.

Fortunately God isn’t arbitrary. He does everything in good order and with good reason, even though he doesn’t always tell us what his reasons are. If God says that stoning a rebellious son is the loving thing to do, then we can be sure he’s right and that we just don’t have enough information to judge.

Most people who reflexively raise these points as reasons not to obey God are missing one or more (usually many more) pieces of relevant data.

Take this sentence, for example, without punctuation and context.

You can’t tell from reading that sentence if someone is inviting grandma to eat lunch with them or inviting someone else to eat grandma for lunch. Translators encounter this kind of problem all the time. Hebrew can be especially difficult because the original biblical Hebrew doesn’t have punctuation or vowel markings, and we are separated from the original writers and audiences by thousands of years. Translators have to rely very heavily on contextual clues and traditional interpretations to understand what any given passage is actually saying.

One passage very commonly quoted as an example of Biblical unreasonableness is “an eye for an eye, a tooth for a tooth,” etc., but how many quoters could actually tell you where it is written in Scripture? It’s actually in several places within the Torah, and the most common interpretation of all of them among both Jewish and Christian theologians throughout the ages is that the lex talionis (law of retaliation) was never meant to be applied literally. It describes a system of tallying monetary restitution, not physical retaliation.

Another common objection is to the stoning of the rebellious youth. This too, is usually cited by people who have probably never read the original passage, let alone attempted to understand it. If they had taken the time to examine the source, they would have discovered that the conditions demanded by Torah before a son could be executed for “rebellion” are quite stringent and that both parents must be agreed that the action is necessary. The requirements are so stringent, in fact, that this trial and punishment have probably never been carried out in all the history of ancient Israel. (See here for further discussion.)

“But what about slavery?” They will inevitably object. Yes, God’s Law allows for slavery, but it doesn’t encourage it and places some restrictions on it that make it a very different kind of institution than what existed in antebellum America and still exists in much of the non-Western world today. For example, Hebrew slaves must be released after 6 years ,and if a master broke so much as a single tooth of a slave, the slave must be set free.

I could address all of the rest of Torah’s presumed draconian requirements, but each and every one would prove to be of the same sort, misunderstandings caused by ignorance and hearsay.

In the end, God created us and knows what we need. If love consists of doing what is best for someone, who knows better what is best, the Creator or the created? If you’re not sure of the answer, then I suggest you ask your auto mechanic who knows best how to service a Ford Ranger, the Ford Motor Company or the Ranger.

One Reply to “You’re the Ranger, not Ford Motor Company”