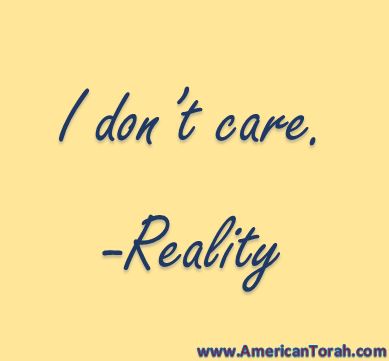 Reality doesn’t care what you think. Consequences follow action, intended or not.

Order and hierarchy have been inherent in God’s plan from the very beginning, whether among the angels, in the Garden of Eden, among men, or within families. Although the laws that govern spiritual authority are not as readily subject to experiment and objective verification as the laws that govern chemical reactions, they are just as real and just as inviolable. A man who continually drinks dilute amounts of drano will eventually suffer from alkaline poisoning whether he learned the lessons of high school chemistry or not. He might get away with it for a short while, but the consequences of his actions will catch up with him.

After all, who is more free? The slave whose master will defend him and trusts him with a great deal of autonomy? Or the escaped slave who has no resources, no shelter, and who has become an open and defenseless target for abuse and re-enslavement by another master?

The latter may appear to have more freedom in the immediate sense of having no allegiance and no duty to a higher power, but in the long run, his available choices will be severely limited and possibly eliminated altogether because he does not understand the laws of the world in which he lives.