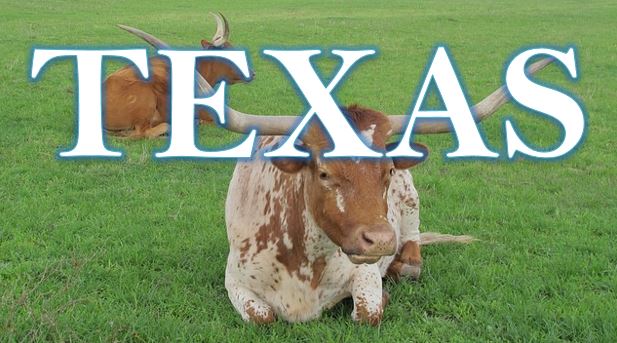 I always enjoyed my visits to Texas because of how friendly everyone was. Everyone smiles, says hello, and is very polite.

Then I moved here, started a computer support business from nothing, and relearned that people everywhere can be rude, conniving, and generally unpleasant.

This morning on my way into town I noticed a stray cow–a big Texas longhorn–that was standing on the shoulder of the highway with cars passing by at 70 to 80 mph. Sensing disaster not too far in the future, I grabbed my phone to call the police. Before I could flip the phone open, I remembered Deuteronomy 22:1-4.

It’s not the police’s job to return lost animals. It’s mine.

I could see where the cow had broken through the fence, so I knew which ranch it was. I drove through the gate and kept driving until I found a house. The rancher, Dan, was awake, of course, but wasn’t exactly expecting company and spilled coffee all over the floor when I knocked. I told him about the cow and asked if he needed help. Dan accepted the offer, and we drove around to the highway in his truck.

When we arrived back at the break, a patrol car was there and officer Brad was attempting to keep ole Bessie away from the road. The three of us together successfully chased her back across the fence. (Have you ever seen a cow jump!?) After introductions and a suitable few minutes of small talk, the policeman left the scene of the crime, and the rancher asked me to stand there and make sure the cow didn’t jump the fence again while he retrieved the materials to repair that section.

Longhorns are big, sturdy animals, and although they might seem like the bison’s retarded cousin, this one was no stranger to scheming. She stood there for at least five minutes staring me down, inching closer to the fence, as if daring me to stop her. And really, if she decided to jump, what was I going to do? Those horns are sharp, and they’re attached to a whole lot of steak. The fence was weighed down with years worth of vine growth, and when I climbed on top of the pile and put my hands on my hips, she finally backed down and walked away.

Dan arrived a few minutes later with a fence panel and a roll of barbed wire, and we got to closing the gap. Just then a man named Scotty, driving a large, black F250, pulls over and asks if we need help. It turns out he’s a vice president at a local bank and knows who to call to get some workers. He said he could have someone there in thirty minutes, but Dan told him we’d have it done by then. (It actually took a little over an hour more to clear out the underbrush enough to get the new panel in, but who’s counting?) Then another car pulls over. An elderly woman wearing pink and carrying an umbrella asked Scotty if he was having car trouble. She started a bit when she spotted Dan and I over in the weeds. Seeing that everything was under control, she wished everyone a good day and both she and Scotty went about their respective businesses.

When everything was done, Dan’s arms were bleeding from a dozen small wounds caused by thorns and barbs, but he invited me to join him for lunch anyway. He introduced me to his dogs and herd of donkeys at the house, then he cleaned up before we went out for cheeseburgers. (He wanted steak, probably just as a gesture of goodwill toward Bessie the bullheaded cow, but his favorite steakhouse wasn’t open.) We chatted about the ranching and computer businesses over lunch, and Dan told me I should be sure to visit Scotty at his office. “He’s a good man to know around here.” He said the locals can be a very tight-knit community, and Scotty knows everybody. He also told me about how well they all look out for each other.

When I first decided to find that cow’s owner, I was a little irritated at the animal for disrupting my schedule, but I’m glad she did. It was a good morning, even if I did have to change my clothes and take another shower. Brad and Dan and Scotty and the unknown Good Samaritan lady restored my faith in Texas. There are two worlds here just like everywhere else. There’s the world of McDonalds and Walmart where people don’t know each other and don’t want to. Then there’s the world of communities and neighbors looking out for each other.

I’ll take that second Texas. China probably owns the other one anyway.