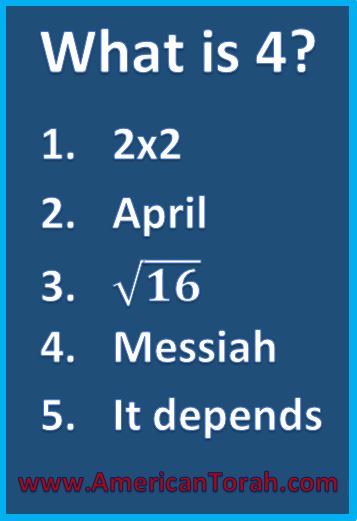 The Torah (sometimes ambiguously known as “the law”) is both life and death. It is death in that if we try to earn our salvation by adherence to it, we will only earn death. It is life in that it is God’s standard for human behavior and teaches us how to live with each other and with God. If, in the course of a lecture on obtaining salvation, I ask “What is the Torah?” and you reply “Life,” I would say “Wrong. The Torah is not life; it is death.” I would be correct in that context. But if, in the course of a lecture on living peacefully with your neighbor or on crime and punishment, you answer “Life,” I would say “Correct! The Torah preserves our lives and teaches us how to live with our fellows in a way that is pleasing to God.

“We are not under the law” does not mean that we cannot learn from it or that we must reject every teaching of the Torah that was not explicitly retaught by one of the Apostles after Jesus’ death and resurrection.1 It means that we are no longer subject to the eternal consequences of the Law. If we fail, we do not lose our souls. To be under the Law is to be below, inferior to the Law. We are not inferior to the Law, because Jesus fulfilled its requirements. The Law does not rule us, because we have been redeemed from our obligation to it by the blood of the Lamb. The Law does not condemn us because the handwriting of the accusations and curses against us has been washed away2 and there is no witness against us. That is what it means to be “under the Law:” to be condemned by it because we remain under the Law of death, which is the Law that requires our death.

Obeying the Law, not as a means of salvation or of justification, but out of love for God and in obedience to God, is not being “under the law.” It is being willingly and gratefully obedient to the commands of God without fear of failure or condemnation, because we have forgiveness and because the price for our failure has already been paid. That does not mean that we are now free to behave as we wish, to ignore God’s teachings concerning his Law. That would be the ultimate insult to our Messiah. Was he killed so that we could spit in God’s face? We are no longer inferior to the Law, but we heed God’s teachings concerning it, because to do otherwise is to spite God.

The sole purpose of the Law (or the Torah, God’s teachings concerning the Law) is not to condemn anyone. That is one purpose. Even if that was its only purpose, it would still be worth using as a standard of behavior. How could it condemn anyone if it was not a standard of righteousness? Can anyone be condemned for doing something right? If anyone is condemned by the Law, it is because of their disobedience and not their obedience. It follows then that disobedience to the Law is undesirable, whatever its affects. If we are forgiven for our disobedience are we then free to disobey at will? That’s absurd! If disobedience condemns, obedience does not.