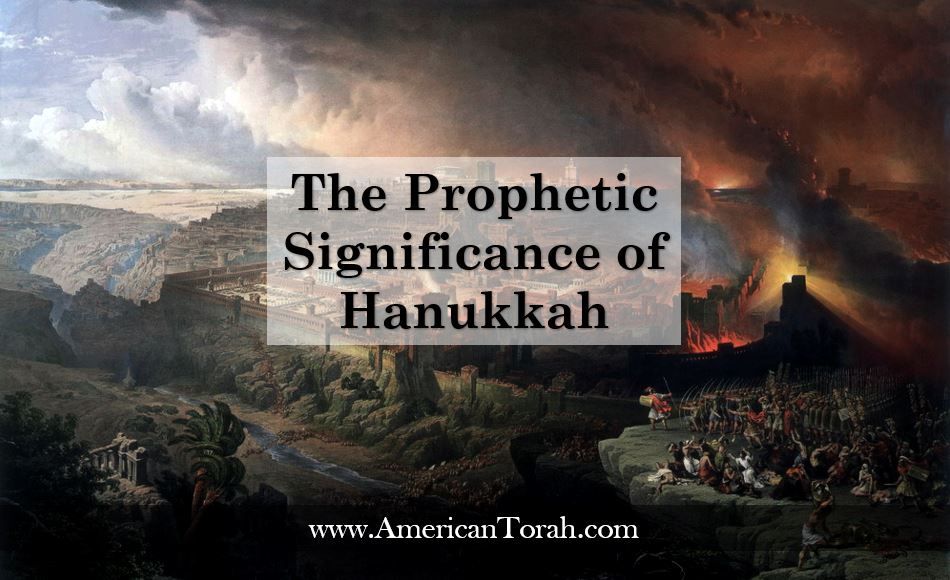 Hanukkah commemorates a miracle at the Temple after the “abomination that brings desolation” prophesied by Daniel was removed and the Temple cleansed. After Yehudah the Hammer (aka Judah Maccabee) chased the Greek interlopers out of Israel, the Temple was cleansed and rededicated.

In order to put the Temple fully back into working order, the menorah had to be lit. It took about 8 days to make a batch of the sacred oil, but there was only enough left to keep it burning for a short while. They decided to light it anyway, trusting in Providence. They weren’t disappointed, as God kept the menorah burning for eight days until a new batch could be made.

The victory of Yehudah and the Jewish freedom fighters over the Greek armies of Antiochus is real history. The miracle of the Menorah isn’t so well established. It’s still a great story, though, and the miraculous liberation of Judah is worth commemorating.

One of the most well known Hanukkah traditions is the lighting of a hanukkia, a special menorah with eight candles for the eight days that the oil lasted, plus an extra candle for lighting the others.

Interestingly, the number 8 is often associated with new beginnings in the Bible.

Hanukkah is mentioned once in the New Testament at John 10:22. Yeshua had come to Jerusalem for the holiday, referred to as the Feast of Dedication, and spent much of his time at the Temple.

Like so much else that has happened to God’s people, the events preceding and during Hanukkah were a shadow of greater things to come. The Abomination That Brings Desolation came once under the rule of Antiochus, but Yeshua said that it would come again. Some say that happened when the Roman general Titus invaded Jerusalem. Perhaps it did, but I think it will happen again.

Like birth pangs, each of these prophetic fulfillments is larger than the one before. Antiochus set up an idol in the Temple and sacrificed a pig. Titus tried to set up an idol, but destroyed the Temple before it could be done. They were both antichrists, shadows of the Antichrist prophesied by John. What form will the abomination of that one take?

Watch for a Jewish Temple to be rebuilt. The world will almost certainly be enraged. If an outsider then manages to take it over and defile it, watch for the ensuing bloodshed to be like nothing Israel has ever seen before.

Our salvation won’t come through arms or stockpiled food, but only through the miraculous intervention of Yeshua, Messiah son of David. He will rescue his people, cleanse the Temple, and fill it with new light.

The menorah is a type of the Holy Spirit and we are the Temple. After having come to belief in our Messiah, if we were left to ourselves to make our own way to holiness, we would be hopelessly lost. When we are reborn, we have no power in ourselves to accomplish anything. We have no oil of our own, and we can do nothing in ourselves.

Whether in war or acts of kindness, there is no circumstance in which we are capable of acting in any truly meaningful way without the aid of our Creator. It is only God’s mercy which fills us with his Spirit and allows us to be a light to the world.

Note: Although I believe Hanukkah has prophetic significance and its celebration honors God, it is not one of God’s commanded feast days. If you choose to celebrate it, great! If you don’t, that’s great too!