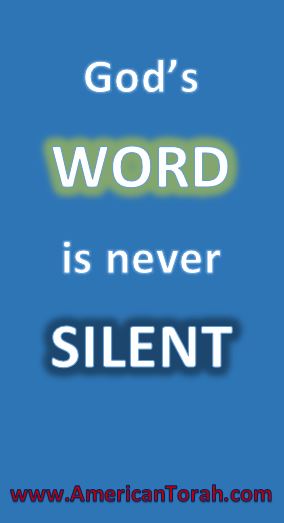 The further we are from God, the more He hides Himself from us for our own protection.

Now and then, He sends revival, and everyone is excited and on fire for a few days or weeks–a few years at best. But the glow inevitably wanes. When the traveling evangelist has gone on his way and the nightly prayer meetings have ended, our desire for the things of God dies away too, like the flames of a fire with no air flow. This falling away is no surprise to God; after all, He knows us better than we do.

When Israel was standing at the edge of the Promised Land, God warned Moses about this phenomenon.

Behold, you are about to lie down with your fathers. Then this people will rise and whore after the foreign gods among them in the land that they are entering, and they will forsake me and break my covenant that I have made with them. (Deuteronomy 31:16)

He also told them what would happen when they stopped following God’s instructions.

Fortunately, God didn’t leave it at that. He also gave Moses & Israel a tool to bring them back again:

And these words that I command you today shall be on your heart. You shall teach them diligently to your children, and shall talk of them when you sit in your house, and when you walk by the way, and when you lie down, and when you rise. You shall bind them as a sign on your hand, and they shall be as frontlets between your eyes. You shall write them on the doorposts of your house and on your gates. (Deuteronomy 6:6-9)

For our own protection, for the preservation of our nation and our families, God wants us to read His instructions aloud for everyone to hear. He wants us to teach them to our children, talk about them regularly, surround ourselves with reminders of them. He wants us to sing them, because there are few mnemonics as powerful as song.

Always remember that God is One. He is never divided, and His Word always speaks in unison with His Spirit. When you feel like God is too far away, like you can no longer hear His Spirit, return to His Word.

We don’t read, study, and sing together just for fun or camaraderie, but to ensure that when we are ready, His words will be all around us. At that time, we will find that His Spirit and His written Word have been speaking to us all along. God is never silent, even if we can’t always hear Him. Not only that, but His creation always responds to Him. When we aren’t listening, even the rocks and trees are singing His praise.

How much better is the world when all of God’s creation, man, animal, plant, and mineral, sing in unison!

When Israel left Egypt, they had nothing of their own. Though they carried (and misused) much wealth, everything they had was theirs solely through the action of God. He rescued them from Egypt and enabled them to plunder the wealth of their former masters on the way out. He destroyed the Egyptian charioteers, provided them with food and water, and even protected their clothing.

Their response to God’s generosity was less than inspiring. They complained and pined for the days of their suffering. They set up an idol at the very foot of God’s mountain while His presence thundered from the peak.

God had every right to destroy them and start over with Moses, yet He relented. He spared the vast majority of Israel and kept His promise to dwell among them.

He could have taken back all the things He had given them and sent them back to Egypt. No one would have blamed Him. But He didn’t do that either. Instead, He promised to remain with them, to guide them to the Promised Land, and to drive out their enemies before them.

These promises didn’t come without some demands. Here are the things that God demanded in return:

In other words, remain faithful and have regular parties in honor of the great things God has done and will do on behalf of his people. What a cruel taskmaster God is! His standards are just too high!

God’s mercy is infinite. Despite our repeated failings in even the smallest things, He still loves us and wants to do great things for those who love Him in return.

After the incident of the golden calf, the Israelites were acutely aware of their vulnerability and God’s kindness to them. When God gave Moses the order to begin building the wilderness Tabernacle, He also told him to take up a collection for the required materials. The people’s response was overwhelming. Six times in Exodus 35-36, Scripture tells us that everyone whose heart and spirit moved them brought material for the work: precious metals, stones, fabrics, wood, skins, time, and labor.

In fact, they brought so much stuff that the workmen had to ask Moses to stop them.

But wait! The people were only bringing what was on their heart to bring. Why didn’t they let the people bring it all and then find some other worthwhile use for the excess? It could have been given to the poor or used to make the Tabernacle into something even grander than originally planned. What’s wrong with giving more than asked?

These gifts weren’t for a homeless person or a friend asking for a loan. This was the Tabernacle which would be used to worship God in the ways that God prescribed. He is very particular about how He is to be worshipped. The problem with people is that their hearts often prompt them to do things they just shouldn’t do. When they made the calf, they called it YHWH who brought them out of Egypt, but they knew full well that no bovine had rescued them from Egypt. They made the calf as some kind of focal point for their adoration of God, a replacement for Moses and the pillar of fire. Whatever their justification for that infraction might have been, I think we can be certain that they were following their hearts. Those who participated in that idolatry believed that they were doing right.

The heart is a great thing. When it is conformed to God’s will, it can be a great tool for good, but when it isn’t, it can be just as great a tool for evil, all with the best of intentions.

“The heart is deceitful above all things, and desperately wicked; who can understand it?” -Jeremiah 17:9

God understands it. He knows what’s in our hearts, and that is why He gave us rules to constrain it. His Law is no more of a burden than a Keep Out sign at a toxic waste dump. God’s commandments are for our own protection and well-being. Do you want to stay out of spiritual trouble? Then stay within His Law.

There’s nothing wrong with listening to your heart when it leads you in the right direction. A heart that’s pleasing to God can be a beautiful thing, but when it leads you to stray outside of the lines that God has drawn, it can bring unending heartache. How do you know when your heart is leading you astray? Well, there’s this book, you see….