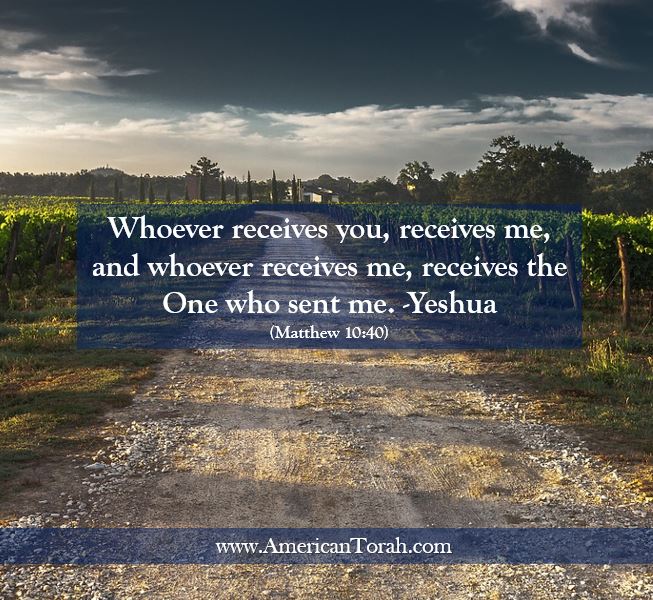 Numbers 20:10-12 And Moses and Aaron gathered the congregation together before the rock, and he said to them, Hear now you rebels. Must we bring water for you out of this rock? (11) And Moses lifted up his hand, and with his rod he struck the rock twice. And the water came out plentifully, and the congregation and their animals drank. (12) And Jehovah spoke to Moses and Aaron, Because you did not believe Me, to sanctify Me in the eyes of the sons of Israel, therefore you shall not bring this congregation into the land which I have given them.

John 19:34 But one of the soldiers pierced His side with a lance, and instantly there came out blood and water.

We are meant to see a parallel between this rock and the Messiah, and Paul points it out in 1 Corinthians 10:4.

…they drank of that spiritual Rock that followed them: and that Rock was Christ.

There are several traditions concerning this rock that may or may not be true. For example, some say that the rock actually followed the Israelites around the desert and that it really was a pre-incarnate appearance of the Messiah. Others say that Moses’ first strike drew blood from the rock. Only his second strike drew water. Make of that what you will.

I had another thought while reading this passage. There are two ways in which Yeshua’s people strike him: legalism and licentiousness. Both attack him through disobedience. Legalism replaces God’s commands with man’s or elevates the words above the one who gave them through Moses (which is essentially the same thing since the greatest commandment of all is to love the Lawgiver with all your being). Licentiousness simply dismisses God’s commands as irrelevant, elevating the subject above both the words and the master.

In one way or another, we are all probably guilty of both. Some say that anyone who works on Sunday or drinks alcohol or smokes cigarettes is a degenerate sinner destined to burn in hell. Others say that Jesus set us free from all the old rules, that now it’s all about following your conscience. Consider what Yeshua and Paul had to say about these two nomological errors:

Romans 6:1-4 What shall we say then? Shall we continue in sin so that grace may abound? (2) Let it not be! How shall we who died to sin live any longer in it? (3) Do you not know that as many of us as were baptized into Jesus Christ were baptized into His death? (4) Therefore we were buried with Him by baptism into death, so that as Christ was raised up from the dead by the glory of the Father; even so we also should walk in newness of life.

It doesn’t matter if you wander too far to the left or to the right. Either way, you will still end up in a ditch. Whether we replace God’s laws with man’s traditions or with rules of our own making, we still sin. Yeshua told us plainly what he expects of us: “You shall love the Lord your God with all your heart, and with all your soul, and with all your mind. This is the first and great commandment.” At another time he said, “If you love Me, keep My commandments.”

If we love God, we will obey his commandments. That is not just a commandment on it’s own. It’s a statement of fact: If you love God, you will obey God.

Yeshua’s words should send chills down the spine of today’s Christians and Jews. They have good reason to be afraid. Fortunately, God is merciful and forgives those who repent. Obeying God’s Law (aka Torah) isn’t very complicated, but it can take a long time to learn it and to break old habits. Fortunately, Yeshua gave us a very good starting point: The second greatest commandment is very like the first. “You shall love your neighbor as yourself.” John wrote some very practical advice along these lines:

To learn how to love your brother (Don’t presume that you already know! Our culture hides many hateful things under the guise of love.), I suggest you first read the Letter that James wrote to the exiles of Israel. (James 1:1-5:20) After that, go back to Moses. He wrote several books on the subject.

Update July 1, 2009: As the rock gave water even when Moses disobeyed God’s instructions, to an extent, so too does God give his Spirit to both legalists and antinomians. Yeshua said that those who do not keep Torah or do not teach others to do likewise will be called the least in Heaven, implying that they would at least still be there. Walking in a roadside ditch will still get you to the right place. It will just be a slower and more difficult journey.