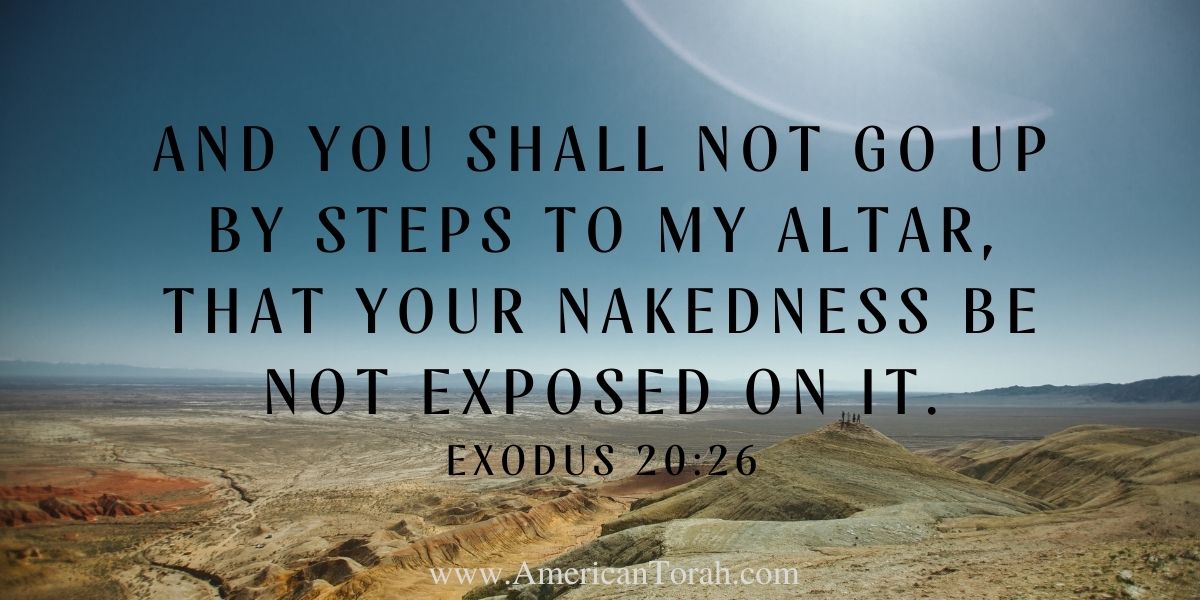 An altar of earth you shall make for me and sacrifice on it your burnt offerings and your peace offerings, your sheep and your oxen. In every place where I cause my name to be remembered I will come to you and bless you.

If you make me an altar of stone, you shall not build it of hewn stones, for if you wield your tool on it you profane it.

And you shall not go up by steps to my altar, that your nakedness be not exposed on it.’

The Canaanites, Greeks, Romans, Babylonians all had sacred prostitutes or somehow mixed sex with worship. In fact, I’d be surprised if there was any culture on earth that hadn’t dabbled in “sacred sex” at some point in their history.

In a very real sense, God is our father and the earth is our mother. The God of heaven took a bit of earth to fashion a man and then breathed his spirit into it, creating a being in his own image. This fact in combination with the astounding miracles of reproduction, of putting seeds in the ground so that they will sprout and produce more seeds, of a man and woman joining their bodies to create a new person in their own image, could easily lead people into the ideas manifested in fertility cults. If imitation is the sincerest flattery, how better can we worship the Creator than through an act of creation?

The command to make an altar of earth in order to worship the God of heaven re-emphasizes our creation from these two. However, there are two more commands attached to this one that strongly imply God does not approve of sex as an act of worship.

In the first command, God says we are not to build the altar with cut stones. We might have ideas about how to make a more beautiful altar, but God has said he will prepare the stones. We get to select them and place them, but the materials and format are strictly up to him. God wants his worship his way, not ours. He has told us how he is to be worshiped, and, although we might have a great deal of leeway in some of the details, we are not free to improvise however we choose. He commanded us to reproduce, but he did not command us to worship him through the reproductive act.

In the second command, God says the altar should be placed so as to avoid even accidental exposure of the priest’s nakedness. If there was any doubt as to whether nudity should or should not be a part of overt worship, that should quell it.

In other places, Torah is quite clear that temple prostitution is an abomination to God. He doesn’t seem to have left much room for debate on this issue among people who accept the Hebrew scriptures as divinely inspired.

When a man and woman become one, they image Elohim by creating a new life and God frequently compares his relationship with his people to that of a husband and wife. The Hebrew and Canaanite word for “husband” is ba’al, which the Canaanites also applied to their chief deity as a proper name. The sex act can be a physically, emotionally, and even spiritually intense experience. Incorporating it into the worship of a god, a divine ba’al, makes intuitive sense. Yet God hates it. He wants no sex, no alcohol, no nakedness in his worship.

Yet another illustration of how “follow your heart” is frequently the worst possible advice.