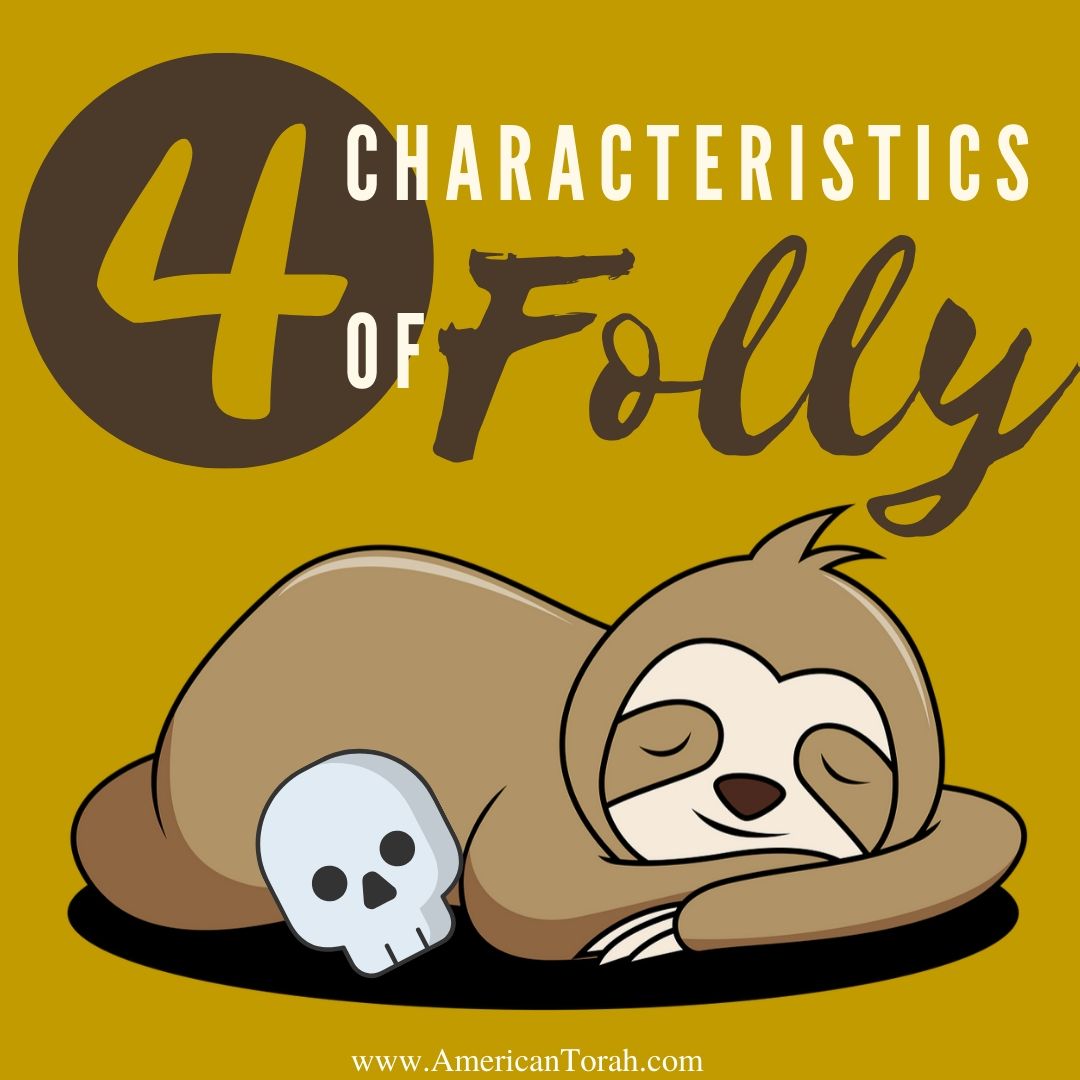 A few weeks ago I dissected Proverbs 9:1-6 and Solomon’s personification of wisdom as a woman who plans ahead, diligently and efficiently carries out her plans, and then shares her bounty with all who are willing to follow her example.

The last part of Proverbs 9 describes her opposite, the woman Folly.

13  The woman Folly is loud; she is deluded and knows nothing.
14  She sits at the door of her house; she takes a seat on the highest places of the town,
15  calling to those who pass by, who are going straight on their way,
16  “Whoever is simple, let him turn in here!” And to him who lacks sense she says,
17  “Stolen water is sweet, and bread eaten in secret is pleasant.”
18  But he does not know that the dead are there, that her guests are in the depths of Sheol.
Proverbs 9:13-18 ESV

As with the case of Wisdom, the description of Folly reveals a lot about her character that isn’t explicitly laid out in the text.

Whoever restrains his words has knowledge, and
He who has a cool spirit is a man of understanding.
Even a fool who keeps silent is considered wise;
When he closes his lips, he is deemed intelligent.
Proverbs 17:27-28

Folly is incapable of verbal restraint. She loves to tell about her adventures and conquests, the record-breaking fish that got away, and the sure-fire system she has for beating the stock market. Nevermind that she has nothing to show for all her accomplishments and schemes. She could if she wanted to…

What’s more, she believes her own nonsense. She has told her lies so many times that she has lost the line between fact and fiction. Her entire life has become “a tale told by an idiot, full of sound and fury, signifying nothing.” Where the prudent keep silent, Folly speaks. Where the wise ask questions, Folly declares. Where the knowledgeable admit their ignorance, Folly unwittingly advertises hers.

In contrast to Wisdom, who planned and built her own house, then busied herself in preparing a feast, Folly merely sits in the door of her house. We have no indication that she built it or contributed to it in any way, only that she occupies it.

Where Wisdom called to the simple and then waited for a response, Folly seeks out people who are already on a mission, who are “going straight on their way”, in order to distract them. She yells at them, confuses them, makes them forget their purpose.

Envy and resentment. She can’t stand that other people are accomplishing things, working hard, providing for their families and futures. She can’t see beyond her own failings, so she thinks that anyone with wealth must have stolen it. She would be wealthy too if it weren’t for all those rich people taking everything for themselves. The Haves are her enemy. So she throws a verbal stumbling block into the path of those who might otherwise be productive and pleasant neighbors, dragging them down to the floor with her. Folly loves to watch you fall.

Once she has the attention of gullible people, she isn’t content to see them wasting time and floundering in life. Misery loves to see herself in everyone around her, and Folly is her sister. She wants to corrupt them and watch them rot.

Folly’s primary tools are jealousy and easy gain. She believes that the rich didn’t work for their luxuries, so why should she? A house without building, bread without plowing and sowing, and water without digging. Why work hard yourself when you can live off the hard work of some other sucker? She seduces the weary, the simple, and oppressed, who might otherwise be gainfully employed, to join in her sloth and theft, because they are vulnerable and easy targets. She knows that her bread and water doesn’t compare to the feast set out by Wisdom, but she also knows that, to a man with sore feet and a bent back, that morsel of bread on a doorstep now seems more appealing than a sirloin in a palace later.

What Folly has never learned and what she often prevents her victims from discovering until it is too late, is that nothing truly worth having is easy. Real wealth that enhances life rather than destroying it takes time. Houses and families and legacies aren’t built by decree. Riches gained without effort, whether through theft, gambling, or sudden inheritance, are corrupting and tend to evaporate as quickly as they came, as often as not leaving their possessors in a worse position than before.

Once you begin to eat the bread and drink the water of Folly, no matter how good it tastes today, you become mired in the quagmire that surrounds her house. The longer you remain, the more difficult it will be to escape, and eventually even the bread and water runs out.

“Who is simple? Let him turn in here.” And as for him who lacks heart, she says to him, “Stolen waters are sweet, And bread eaten in secret is pleasant.” But he does not know that the dead are there, Her guests are in the depths of She’ol.
Proverbs 9:16-18 TS2009