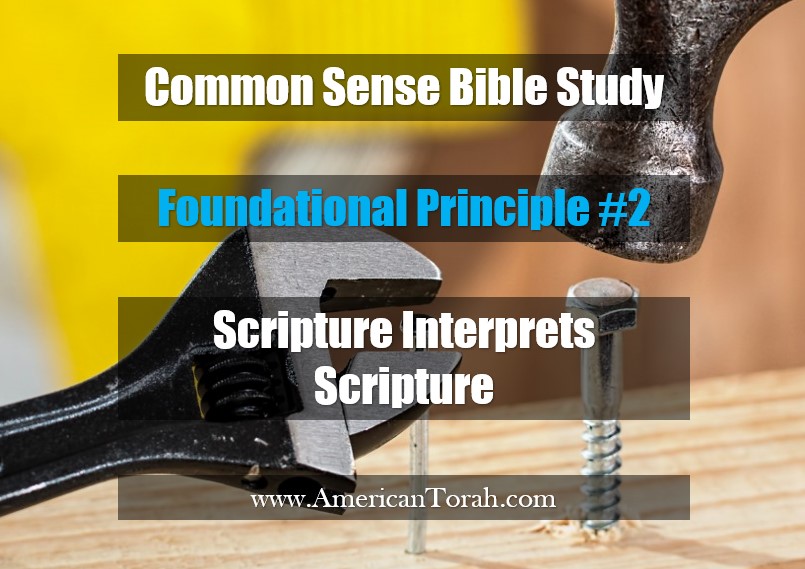 Right!? It says so right there in Philippians 4:13, just plain as day.

Of course, only the mentally unstable and the most virulent atheists would insist that Paul meant we could literally do anything at all. Yet people still quote that verse in all kinds of situations as if they did. If you are in this group, you are likely already a serious Bible student, and you know what Paul really meant. It probably seems silly to you that Paul meant we can do stupid, harmful things. But how do we know he didn’t?

We know that Paul didn’t mean that we can commit sin through the power of Christ without penalty, because in 1 Corinthians 6:9, he also wrote, “Don’t you know that the unrighteous will not inherit the kingdom of God?”

But what about soccer games? Can we win every game through Christ who strengthens us? Apart from the logical conundrum of both teams claiming that God is going to help them win, we have to use the same principle of Bible study here too. Does Scripture say that Philippians 4:13 means we can win every soccer game through the power of Jesus?

Paul was the penultimate Bible scholar. He probably had the first five books of the Bible (aka Torah) memorized in Hebrew and much of the rest of the Bible too. He spent decades studying with the greatest Jewish scholars of the first century. So in order to be confident that we understand what Paul meant by anything he wrote, we also have to be very familiar with the rest of the Bible, particularly the Old Testament.

Next, we have to understand the world and circumstances in which Paul wrote the Epistle to the Philippians. From chapter 1, we know that Paul was writing to fellow believers who lived in Philippi (v1), that he knew the intended recipients well and considered himself to be their spiritual mentor (v3-11), and that he wrote from a Roman prison (v12-14).

In chapter 1 and the first half of chapter 2 Paul discussed the purpose of suffering for the sake of the Gospel and what a great witness it is to suffer without resentment and to keep working for the Kingdom of God despite persecution. He then praised Timothy and Epaphroditus for their hard work and perseverance despite their own hardships. In chapter 3, he continued the theme of rejoicing through suffering, adding a few words of condemnation for those who had turned away from the faith.

In chapter 4, Paul first told the Philippians to set aside their personal differences and join with their fellows who have worked to further the gospel. He thanked them for their concern over his plight and for the financial assistance they had provided for his ministry. This is where we find the verse in question, but no verse exists in isolation. Every line is written as part of a greater whole.

Understand the Genre and Structure of the Passage

Here is the structure of the passage, Philippians 4:10-20:

To make it more plain:

If verse 14 reflects verse 10 and the four clauses of verse 12 all echo each other, it follows that verse 13 reflects verse 11. In other words, Paul meant “I can do all things through him who strengthens me” to mean essentially the same thing as “I have learned to be content any situation.”

Put It All Together, Letting Scripture Interpret Scripture

The overarching theme of the Epistle to the Philippians is perseverance through suffering, a theme which is carried through the trials of Abraham, the slavery of the Hebrews, the testing of Job, and all the other writings of the Old Testament, not to mention the sufferings of Christ himself.

The context of the letter, the structure of the passage, and the testimony of the rest of Scripture all tell us that Philippians 4:13 means “I know that I can persevere in the faith through good times and bad because God is with me.”

Does that mean God won’t help you win your soccer game or survive jumping from a cliff on a dare? Nope. Maybe he will. It only means that this verse doesn’t apply to those situations.

I chose this passage because it was relatively easy to parse, so it served as a good example to demonstrate Scripture interpreting Scripture. In general, you will want to follow this plan:

Go back to Foundational Principle #1: The Bible Was Written to Be Understood.

Go back to the Common Sense Bible Study home page.