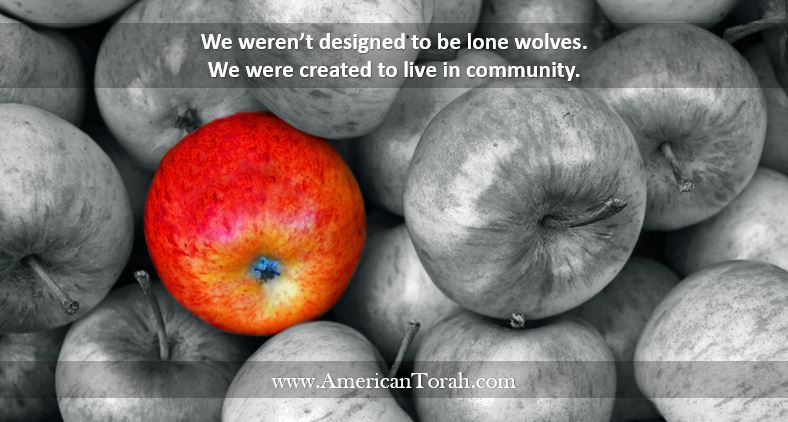 Speak to all the congregation of the people of Israel and say to them, You shall be holy, for I the LORD your God am holy.
Leviticus 19:2

When Jeff first began to believe that he should be keeping the Sabbath the way that God instructed, on the seventh day of the week instead of the first, he did what many good Christians do: he asked his pastor for advice. Jeff’s pastor told him what he had been taught: Jesus canceled the Sabbath so we didn’t need to keep it anymore, and the Apostles moved the Sabbath to Sunday, the Lord’s Day, in honor of Jesus’ resurrection. When Jeff asked where that was in the Bible, his pastor could only point to where Jesus disagreed with the Pharisees about how to keep the Sabbath and where the first century believers consistently gathered on the first day of the week. He couldn’t point to any verse that plainly stated Jesus canceled the Sabbath or that the Apostles changed the day, nor why the Apostles would change the day of an observance that Jesus had canceled.

The pastor asked him to keep these concerns between just the two of them, but the unanswered questions accumulated, and they came to frequently derail the intended course of discussions in the small group where he and his wife, Barb, met with other church members on Thursday nights. Some of the other members in that group also began to ask questions. Then there was a shouting match.

Jeff and his family began lighting Shabbat candles just before sunset on Friday evening, and spending Saturdays together at home. Although they frequently helped clean up after services on Sunday, they stopped participating in Saturday work projects.

They began feeling like outsiders in the church they had attended for many years. They no longer believed the same as everyone else on some significant issues. They couldn’t participate in some Friday night and Saturday events. Their attendance at Bible study was sometimes fractious and always resented by a few. Barb had begun asking awkward questions about every dish at church pot luck dinners.

“Is there pork in that meatloaf?”
“Do you know what kind of sausage that is?”

When the pastor called and asked them to meet with him again, he didn’t say what it was about, but Jeff and Barb both knew. They would either be asked to leave or to stop asking questions. Jeff wasn’t sure which would be worse. For both of them, the heartache started before they even got in the car.

Their church wasn’t their home anymore.

God is calling people all over the world to return to his instructions, to keep his Sabbaths, his appointed feast days, his rules for living, speaking, and loving. Some of those people call themselves Messianic Jews, some Hebrew Roots, Sabbath Keepers, or some other label. Most, like me, don’t fit cleanly into any of these groups. They only know that the churches are missing some vital aspects of the teachings of Jesus, the Apostles, and all of the Scriptures, and they’re trying their best to find those pieces and put them back into the puzzle where they belong.

But in following God’s call to repentance, they face two major challenges:

Over time, it becomes increasingly difficult to continue regular fellowship with those who have not yet heard the call or who have heard and rejected it without deafening oneself. To speak is to bring strife, but to remain silent seems like complicity in a lie.

This degree to which this is a problem varies from one church to another. Some churches are little more than social clubs, and others barely make a pretense of Biblical doctrine. Jeff and Barb probably wouldn’t have lasted so long at one of those churches. Some are much better–and therefore much harder to leave–and a few are very good, even to the point of openly tolerating us Hebraic misfits.

If you find yourself in a situation like Jeff’s, I can’t tell you what you should do–every situation is different–but eventually, you will either have to transform your church or exchange it for something else.

Becoming a spiritual hermit isn’t a viable option. People without community tend to lose their grounding. Without the balance of other believers and guidance of more knowledgeable teachers, their spiritual pursuits often become dominated by shiny object syndrome. They jump from one fringe idea to another with nobody to keep them anchored to reasonableness. Their understanding of Scripture becomes unbalanced, and their spiritual lives either stagnate or get lost in irrelevancy. We need community to be healthy by every conceivable metric. Internet teachings and live streams just don’t cut it.

When you look for a congregation (I write “congregation” rather than “church” because many of them will use some other word.) that both recognizes Jesus as Messiah and keeps God’s Law, you might find a variety of options, or you might find nothing at all. Let me give you a brief rundown of what’s available.

You will never find a perfect congregation nor meet another human being who agrees with you on every point. If you did, you probably shouldn’t be friends with them. Like many fruit trees need winter freezes, we need an amount of conflict and disagreement in our lives to be healthy.

Identify what’s really important, and therefore what isn’t. A church or synagogue that promotes behavior God abhors, can be easily eliminated. If they calculate God’s feast days by the sighting of the new moon in Jerusalem instead of the astronomically calculated calendar used by the mainstream Jewish calendar, that might not be such a big deal. You’ll have to decide what your priorities are, as well as what they should be, and then act accordingly.

The one thing you should not do is go it alone. God made us to be communal creatures. His Law teaches us how to love, but only within the context of community. If a Methodist or an Assemblies of God church is the best option available in your area, don’t dismiss it.

And let us consider how to stir up one another to love and good works, not neglecting to meet together, as is the habit of some, but encouraging one another, and all the more as you see the Day drawing near.
Hebrews 10:24-25

Go to church if that’s what God has provided, and then consider starting something new. Maybe God has placed you where you are for just that purpose.

A Note on Names

* I hate that I have to bring this up, but there is actually a lot of disagreement about how to spell and pronounce the Hebrew name of God and Jesus, and some people get very intense about it. I think these arguments are mostly wastes of time, but since they are out there, they need to be addressed, however briefly. The table below presents the various ways I have seen the names spelled. Those in the “Good” column are conventional and widely accepted by most historians and linguists. Those in the “Iffy” column are less likely to be accurate, but aren’t terribly unreasonable. Those in the “Nope” column are almost certainly wrong, and people who insist on them probably have much more serious problems. I strongly recommend avoiding congregations that insist there is one, and only one possible correct spelling or pronunciation of the divine names, and anyone who doesn’t use their version is a heretic.