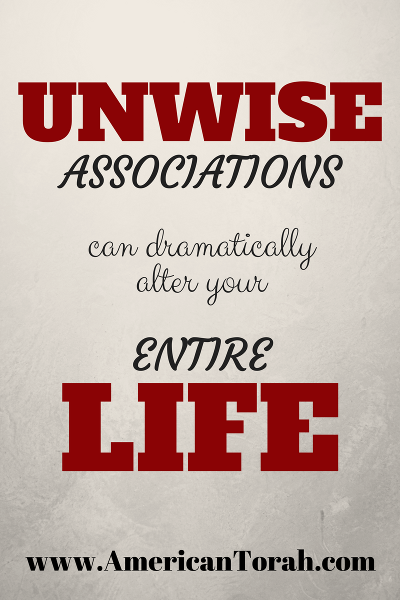 God gave Solomon wisdom beyond anyone else alive. He was wiser than all the sages of the east or of Egypt, the two great centers of knowledge in the world at that time. He was probably the wisest man ever to live save Moses and Yeshua. You’ve probably heard the story of the two women who both claimed to be the mother of a baby. He famously resolved the dispute by threatening to cut the baby in two, knowing that the child’s real mother would rather give him to the other than see him killed. Harsh, but effective.

Solomon wasn’t always so wise. The book of Ecclesiastes documents his journey of discovery through almost every mistake there is. I’ve heard it said that much wisdom comes through experience. Solomon seemed to be determined to prove that correct. He made a lot of mistakes and learned a lot from them, finally concluding in this definitive statement:

The end of the matter, all having been heard: fear God, and keep His commandments; for this is the whole man. For God shall bring every work into the judgment concerning every hidden thing, whether it be good or whether it be evil. (Ecclesiastes 12:13-14)

There are two stories in the first few chapters of First Kings that illustrate Solomon’s transition from fool to sage.

Solomon made a marriage alliance with Pharaoh king of Egypt. He took Pharaoh’s daughter and brought her into the city of David until he had finished building his own house and the house of the LORD and the wall around Jerusalem. The people were sacrificing at the high places, however, because no house had yet been built for the name of the LORD. Solomon loved the LORD, walking in the statutes of David his father, only he sacrificed and made offerings at the high places. (1 Kings 3:1-3 ESV)

It’s clear that by this time, Solomon was already a good king. He loved God, kept the commandments, and served his people. But he wasn’t perfect. The high places where Solomon offered sacrifices were vestiges of the pagans whom Israel had displaced. Rather than destroying them as God had ordered, the Israelites incorporated these sacred groves and hilltops into their own religion. Rather than finish the job, Solomon continued this practice.

It was on one of these pilgrimages that God came to him in a dream and offered to give him anything he asked. Solomon’s answer is one of the most beautiful expressions of godly humility anywhere in Scripture.

And Solomon said, “You have shown great and steadfast love to your servant David my father, because he walked before you in faithfulness, in righteousness, and in uprightness of heart toward you. And you have kept for him this great and steadfast love and have given him a son to sit on his throne this day. And now, O LORD my God, you have made your servant king in place of David my father, although I am but a little child. I do not know how to go out or come in. And your servant is in the midst of your people whom you have chosen, a great people, too many to be numbered or counted for multitude. Give your servant therefore an understanding mind to govern your people, that I may discern between good and evil, for who is able to govern this your great people?” (1 Kings 3:6-9 ESV)

Truly “the meek shall inherit the earth.” God granted this request for wisdom and gave him incalculable wealth as well.

1 Kings goes on to describe Solomon’s administrative appointments, his scientific and philosophic accomplishments, and the accumulation of his vast wealth.

And people of all nations came to hear the wisdom of Solomon, and from all the kings of the earth, who had heard of his wisdom. (1 Kings 4:34)

And the LORD gave Solomon wisdom, as he promised him. And there was peace between Hiram and Solomon, and the two of them made a treaty. (1 Kings 5:12 ESV)

The writer points out that this second alliance was wise, where the former was not. They were very different in both substance and outcome. The agreement with Pharaoh marriage to Pharaoh’s daughter to create stronger ties and to discourage conflict between the two peoples, while that with Hiram was a short-term agreement to exchange goods and services. It didn’t necessitate violating any of God’s commandments, such as the one explicitly forbidding alliances of marriage with pagan nations, nor did it create any permanent, binding ties between the two peoples.

There’s nothing in Torah against making business or military arrangements with foreign powers, but there are clear instructions against alliances involving marriage and the compromise of God’s prescribed religious institutions. Hiram brought material for the building of the Temple, while Pharaoh’s daughter brought idolatry.

The vital difference between one treaty and the other is summed up in the phrase “in the world, but not of the world.” Most of us won’t be making decisions that drastically change the course of history, but we all make agreements or sign contracts that will effect the rest of our own lives and often the lives of everyone around us. Sometimes it can be very difficult to tell the difference between negative and positive associations. Experience, prayer, and a knowledge of God’s instructions are all vital. Ask yourself, is this choice likely to bring me closer or further from God’s standards of behavior. For example, the alliance with Hiram allowed Solomon to build the Temple and centralize national worship. If the right decision still isn’t clear, then it’s probably a safe bet to assume that whatever association you’re contemplating won’t be good for you.