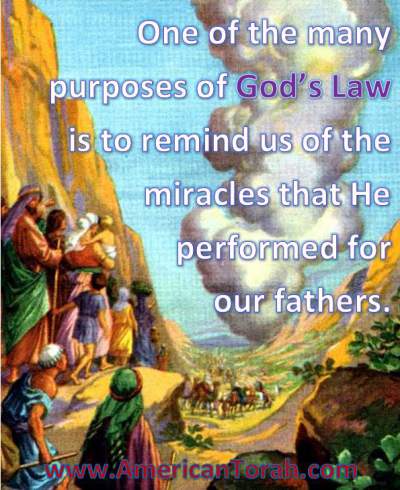 There is something wrong with the human mind that we can witness God’s miracles one day and doubt him the next. Our faulty memory fills in the gaps with naturalistic explanations, with gloss and fuzz so that tragedy looms large, but promises fulfilled and prayers answered fade into obscurity.

With the pillar of fire and cloud right there in the camp, the manna appearing every morning, the plague graves still fresh, the Israelites still doubted God’s power to bring them into the Promised Land. When they heard God’s judgment of their lapse (an entire generation to die in the wilderness), they compounded their lack of faith with disobedience (attacking when God said to retreat). The end of fear–as it always is–was death.

Every one of us lives this same pattern of fear and forgetfulness. It is inherent in the fallen human condition. As a partial remedy, God gave us reminders of his actions, promises, and commands: the feast days, sacrifices, tzitziyot, etc. When we wonder what could be the point of those things today, we have only to look in the mirror.