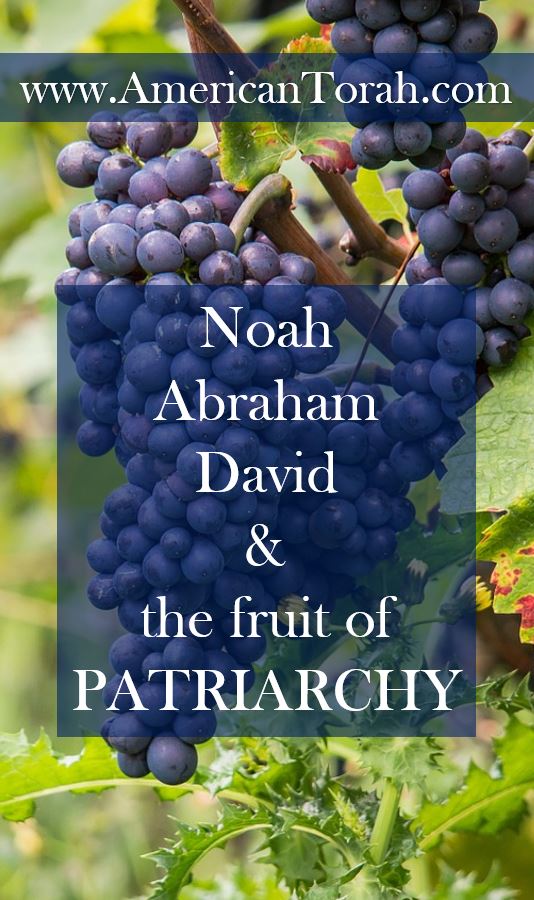 You’ve heard that you can know the rightness of something by its fruit. Well, here are some stories of real life patriarchy in action.

One man threw out all good sense, and devoted his entire life to a senseless project with no gain and no practical purpose at all. He neglected his family for his obsession and eventually even dragged them down with him. He abused his wife’s trust and submissive personality by pressuring her into joining him and abandoning any semblance of a real life outside of his tyrannical grip. He denied his children any chance at a normal social life by forcing them to work non-stop for years on end. His self-serving attitude turned his family into his slaves while he constantly harangued them with self-righteous sermons about how much better he was than everyone else in the world. His harping about the evil world eventually brainwashed them all, and they ended up locking themselves away from the rest of mankind and living with animals, virtually as animals.

There was another man who went even further off the deep end. He was the worst kind of sexist, even to the point of making his wife call him “Master,” and probably making her wear a veil too. He was always telling his family how God talked to him. You know what they say, “It’s OK to talk to God as long as you don’t think he’s talking back.” Well, this guy seduced a young immigrant girl and then kept her locked up at his house where he treated her as a slave for nearly twenty years. Eventually he took this woman and the son he had fathered on her out to the desert and left them to die. And as if that wasn’t bad enough, then he told everyone that God had told him to kill his own son as some kind of perverted human sacrifice. He nearly went through with it, but there must have been some last glimmer of sanity, because then he said that God changed his mind. Well, that was the final straw for the wife that he had been dragging around and treating like dirt for decades. She left him and died of a broken heart not long afterwards.

A third man was a womanizer. He always seemed to have a new woman with him. He was a sweet-talker who could carry a tune and was always singing to the ladies. They were probably the kind of women who were attracted to power and money, but didn’t have the intelligence or the character to understand what is really important in life: complete and utter devotion from your man. This man was a thug. He was known to have killed a few men, although no one ever dared stand up to him. He actually claimed to have killed thousands, but that was just his swollen ego talking. When he was caught with someone else’s wife, he made a big deal about being sorry for it, but he kept on sleeping around with his bimbos. One day he was out drunk and causing a commotion in the streets. His wife, who had been faithful for years despite his despicable ways, saw him doing a public strip-tease in front of a crowd of women. She finally told him off and ended up locked away for pretty much the rest of her life. Meanwhile he kept on with his same old ways, even trying to seduce a young girl as an old man.

Or at least that’s how most people, including Christians, would see it today.

Fortunately, God left a record of what really happened, and most Christians are willing to give him the benefit of the doubt. The real story is that Noah and Abraham and David were such outstanding men of God that he trusted them with the most difficult tasks. Noah’s wife and three sons knew from their own experience that he was unlike any other man alive. They willingly gave up their professions and their social standing in order to help him build an insane boat, because they knew that he was a man of God. The Bible says that “Noah found favor in the eyes of God.” Abraham was among the kindest and gentlest men that ever lived. He was fair and honest in everything he did, and his wife held him in such great esteem that she called him lord by her own choice. He had such an intimate and complete faith in God that he was willing to give up his own son at God’s command, no matter what the cost to himself or his wife. Sarah may or may not have left him or even died because of that event, but she understood that God’s will must always come first. The Bible calls him the Friend of God. David was a man of great passion and integrity all at the same time. He made a serious mistake with one woman, and paid dearly for it. But the majority of his life was spent in complete devotion to God and service to his country. He was the epitome of the servant king. His first wife, Michal, was jealous of God and rebuked David for his public dancing and singing to God. Her pride cost her everything. She never again had David’s respect, and she died bitter and childless. The Bible calls David a man after God’s own heart.

Don’t expect God’s ways to always be to your liking. His ways are not your ways. The obedience of one man means more to him than the disapproval of ten thousand. To serve him means to give up all claims to social status or pride. He expects complete devotion. A true man of God can never be devoted1 to his wife, because devotion can have only one object. To serve God means to be willing to give up every comfort, every friend, and every loved one. All of those things are no better than dirt in comparison to him.

Or at least that’s how Christ taught it once upon a time.

1 I am using the older sense of devotion, indicating complete absorption. In that sense, devotion to anything besides God is a form of idolatry.